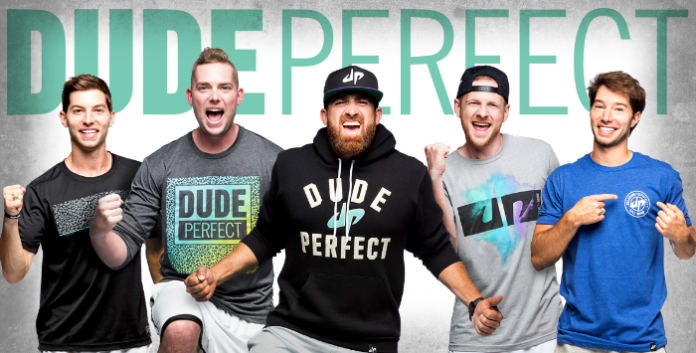 Dude Perfect is a sports entertainment YouTube channel/group, that mainly focuses on trick shot compilation videos. DP consists of ex-college roommates – Tyler, Cody, Garret and twin brothers Coby and Cory. Since forming in 2009, their channel has become one of the largest YouTube channels of all time.

When they started the channel, their videos were all basketball shots, as all of them were playing basketball in their youth. As their popularity kept increasing, they expanded their production and started featuring famous sports players in them. So far they had dozens of appearances from various players and celebrities, including Aaron Rodgers, Paul Rudd, Pete Carroll, Odell Beckham Jr. and Luke Bryan.

Other than YouTube, they have ventured into the mobile gaming scene. They released several Android and iOS apps, including That’s Lit and Endless Ducker. The group also started producing their own TV show in 2016. DP also broke numerous Guinness World records in their videos and had some of the most viral videos of the last few years. With such popularity, it’s no wonder that they have millions of fans and followers across social media. Today, we’re taking a look at just that.

If you want to follow their everyday lives, you’re probably looking for Dude Perfect’s Snapchat. Luckily for you, right here we have everything you need. Let’s take a look at all of their social media profiles, including Snapchat. 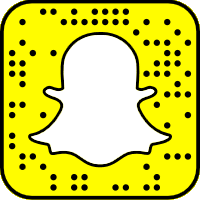 Dude Perfect’s Snapchat username is @dudeperfectsnap. You can add them by clicking on the username or by scanning the above Snapchat code. Happy snapping!

Other than Snapchat, the crew has profiles on all other popular social media accounts. Here is a list of the accounts you can follow them on:

Dude Perfect Instagram Username – They are known as @DudePerfect on Instagram too, where they are followed by 6.6 million followers.

Dude Perfect YouTube Channel – And of course, they can be found on YouTube where they have 26 million subscribers. Combined, their videos have over 4.5 billion views!