Fisherman Sues Speedboat Driver Who Crashed Into His Vessel 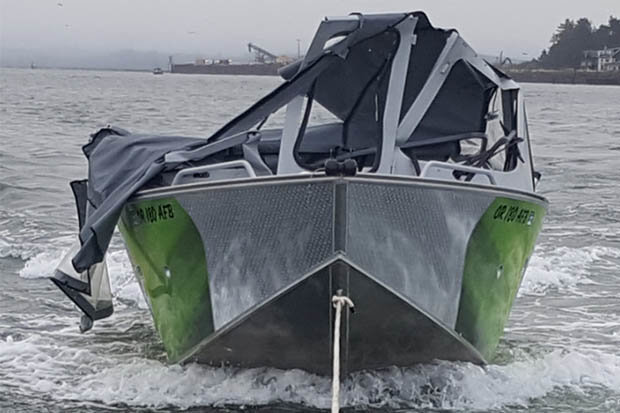 A fisherman has decided to file a lawsuit against a speedboat driver that nearly crashed into him and two other people that were fishing. The crash left the fishing boat completely destroyed and forced the three people to jump into the cold water.

The crash was captured by a GoPro camera that had been placed on the fishing boat. In the video, a speedboat is seen coming towards the fishing boat. Bryan Maess, who was fishing in the Columbia River with two other people, is the first to spot the speedboat. During the video, he stops what he is doing and begins shouting and waving at the speedboat so it could change direction.

The speedboat continues moving towards the fishing boat and crashes into it. The three jump just a few seconds before the speedboat destroys the fishing boat. Maess, a police officer, says he suffered injuries to his leg, ankle and arm during the accident. The two other passengers also suffered injuries. The $372,500 lawsuit against the driver of the speedboat claims that Maess is still wearing a knee brace six months later. The incident happened back in August but the video and lawsuit has just surfaced.

One of the passengers on the fishing boat claims he saw the speedboat driver using his phone while driving. Larsen has denied those claims, telling local media that they are fake news. Authorities have charged Larsen with fourth degree assault, reckless operation and reckless endangerment.

Pictures of the fishing boat show it being towed after the collision. Another picture posted on social media shows the parts of the boat where the propeller sliced after the crash. The two other passengers that were injured in the crash are Maess’s friends.

The two have reportedly hired attorneys and plan to file their own lawsuit against the driver of the speedboat. One of them says he suffered psychological trauma and has stayed away from boats since. The two claim they suffered cuts and hypothermia after jumping into the cold waters.

Here is the video of the crash: