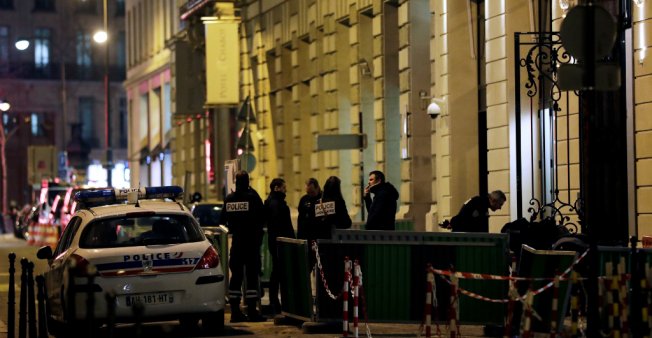 Police in Paris have recovered all the jewels stolen from a hotel on Wednesday. The robbery, which happened at the Ritz hotel, began when three men entered the building and went after the jewels. According to a police official, the men smashed the jewelry stands with axes.

The thieves targeted display cases in the hotel and then went into a jewelry boutique inside the building. They stole an estimated $5.4 million in jewelry but the three that were inside the hotel were arrested when police blocked the exits. Before they were arrested, police say they threw bags of jewels to other thieves waiting outside. The two thieves waiting outside escaped from the police.

Police say one of the thieves fled in a motorcycle while the other one fled in a car. The thief on the motorcycle hit a pedestrian during his escape attempt and dropped the bags and tools used for the robbery. An official confirmed on Thursday that all the jewels had been recovered.

The getaway car was found 12 miles north of Paris but the two men are still on the run. Local media reported that the robbery was interrupted by a police officer nearby. The three robbers inside were arrested when police blocked the building. One police official said the thieves apparently had guns. People who spotted them inside the hotel contacted authorities, according to the official.

Robberies are not common in the area but police increased security there a few years ago when some thefts were reported. The place is just a few minutes away from where reality television star Kim Kardashian was robbed in October 2016. In the robbery, five men entered a luxury apartment dressed as police. The thieves stole $10 million worth of jewels. Police later arrested 17 people in connection to the theft.

In November, a thief stole a statue worth nearly half a million dollars from a gallery in Paris. The thief walked in the gallery and simply took the statue without being spotted. The theft did not set off any alarms and the thief walked away with the statue. Staff at the gallery found out that the statue was gone when they were getting ready to close the place. Police later charged two suspects.