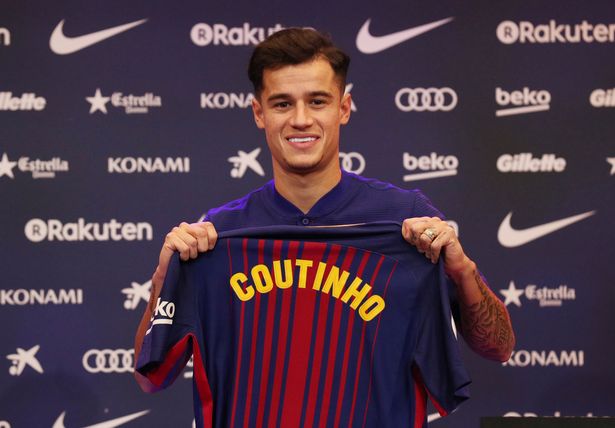 The January transfer window has opened and one club has wasted no time in making one of the biggest deals in history. The deal is one of many that could happen during the month as teams are getting ready for the second half of the season. Arsenal, Manchester City, Barcelona, Real Madrid, Manchester United are just some of the clubs trying to make moves. Here we have the latest news and rumors from the January transfer window:

One of the biggest names being mentioned during the transfer window is Alexis Sanchez. Rumors about the Chilean star joining a new club are nothing new as he was reportedly 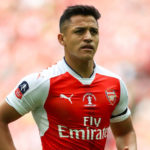 close to making a move to Manchester City before the start of the season. According to reports, Arsenal wanted Raheem Sterling in the deal. Manchester City is once again interested in signing him and Arsenal could decide to let him go since he will become a free agent in the summer.

Manchester United is also said to be interested but the Daily Star reports that Arsenal wants Anthony Martial to be included in the deal. Reports say Arsene Wenger is looking for a replacement before he switches clubs.

Lucas Moura To Man U? Tottenham?

Lucas has made just six appearances this season for PSG but Manchester United and Tottenham are said to be very interested in signing the winger. Back in 2012, the club was also interested in signing him but he later revealed that he changed his mind at the last minute. Tottenham are also interested but reports say they only want a loan move. Moura could be one of a few players who leave PSG this month after the spending for Neymar and loan move Mbappe earlier in the season.

PSG star Julian Draxler was seen at an NBA match in London with a few Arsenal players. This has sparked rumors that the German midfielder is close to making a move to the EPL. Arsenal has been interested in signing him in the past and could end up making the move if they sell Sanchez and Walcott.

A few days ago, reports said Andre Gomes had requested a transfer. The rumors only got stronger with the arrival of Coutinho but other reports say Barcelona manager Ernesto Valverde is not planning to move him to another club. Tottenham and Manchester United are said to be some of the clubs interested in signing him.

Neymar joined PSG last year after a record setting transfer from Barcelona. The Brazilian star has only been with the club for a few months but there are rumors that Real Madrid is interested in setting a new record transfer. According to reports, Manchester United is also ready to enter the race for Neymar with a record setting offer. PSG manager Unai Emery has criticized the rumors from the Spanish media, hinting that they are trying to disrupt them. PSG and Real Madrid will face each other next month in the Champions League. 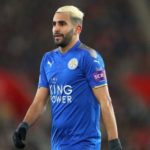 Mahrez has been one of Leicester City’s best players this season and at least two clubs are said to be interested in signing him. One club is Arsenal, which continues to look for replacements as Sanchez could be leaving soon. The other is Liverpool, which is looking for a replacement after Coutinho’s transfer to Barcelona. Mahrez has eight goals and eight assists in 25 appearances this season.

Barcelona made the third biggest transfer of all time by signing Philippe Coutinho for $192 million. The club later signed Colombian center back Yerry Mina from Palmeiras on a $14 million deal.

Ross Barkley completed his move to Chelsea last week and could make his debut in the FA Cup third round game against Norwich City on January 17. Barkley is recovering from a hamstring injury and has not played this season.

Francis Coquelin has joined Valencia after nine seasons with Arsenal. The France star made just 13 appearances for Arsenal this season. Coquelin explained that he is at an important moment in his career and that he did not have much game time at Arsenal.

Leicester City confirmed the signing of striker Fousseni Diabate from Gazelec Ajaccio. Diabate scored three goals and one assist with the French club this season.

Virgil van Dijk joined Liverpool in a $103 million deal. The former Southampton defender completed the move on January 1. The Netherlands international had caught the interest of other clubs such as Chelsea and Manchester City. He is now the most expensive defender of all time.

Argentine striker Luciano Vietto has been loaned to Valencia for the rest of the season. Vietto, who had not scored in over a year, scored three goals against Las Palmas in Copa del Rey.