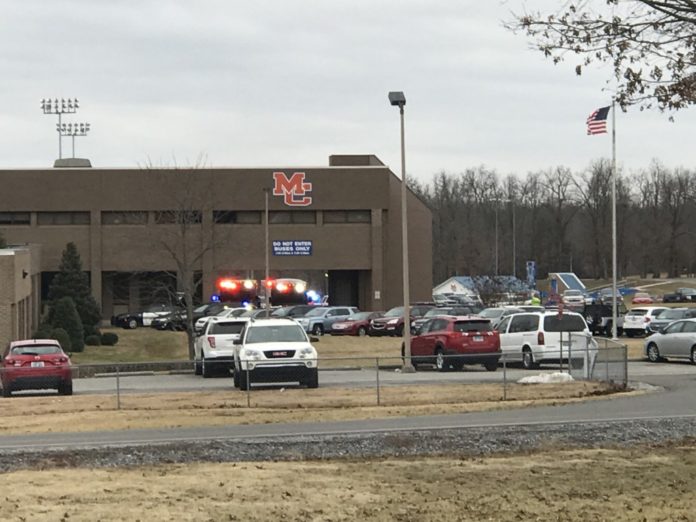 Two students have lost their lives and 17 more were injured when a 15-year-old brought a handgun and started shooting inside a Kentucky high school. Officials have confirmed that they have disarmed and arrested the student.

Many students ran from the shooter and police confirmed that he was arrested within minutes. The shooting happened at the Marshall County High School, located in the city of Benton.

The shooting started just minutes after the suspect arrived to school, according to a police official. One family member of students in the high school told NBC News that they were busting down the gates and fences to get out.

According to police, the suspect arrived to school at 7:57 a.m. The first emergency call happened two minutes later and police were there by 8:06 a.m. Officials have not released the name of the suspect or revealed a motive but the governor has said he will likely face murder and attempted murder charges.

According to reports, hundreds of students ran out of the area and into nearby businesses. One business owner said that they were running and crying and screaming. Mitchell Garland, the owner of one of the businesses that the students ran into, provided shelter to many of them during the shooting.

Several ambulances and police cars were seen near the entrance of the high school. The governor has released a statement on Twitter and confirmed that all the victims are belived to be students. A spokeswoman said that five of the students injured had been transported to Tennessee’s Vanderbilt University Medical Center.

The shooting comes just a day after a shooting at Italy High School in Texas left a student injured. Authorities said the suspect opened fire at the cafeteria. The student injured in the shooting was transported to a hospital. A police official said that the suspect was confronted by a school worker and fled. He was arrested by authorities shortly after. It is the third school shooting in the last two months. In December, a shooting at a high school in New Mexico left two students dead.