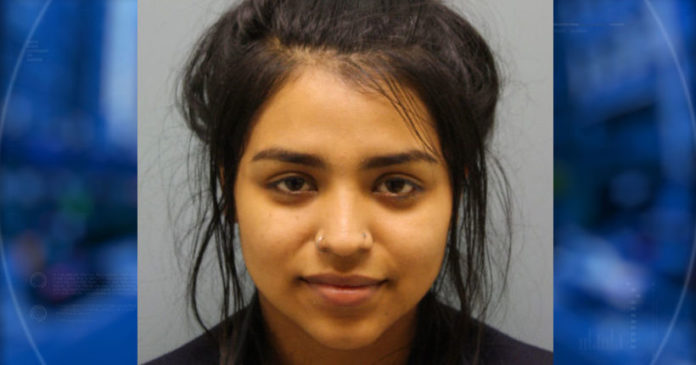 According to KTRK, Ramirez had come up with a plan to steal guns from McKinney, an aspiring Marine. The two had recently started dating but it all went wrong on Sunday when Ramirez allegedly asked McKinney for $2,000 in exchange for the guns she had recently taken from him.

According to KTRK, McKinney was found dead in the street while Ramirez was injured. She had been shot in the shoulder. When police arrived, Ramirez told authorities a different story. She told them that McKinney was shot when the gun fell to the floor. She later changed her story and said that she had grabbed the gun and shot him in self defense. Ramirez was taken to a hospital and it was later confirmed that she had not suffered life threatening injuries.

Ramirez was detained and is now being held on $50,000 bail. KHOU reports that Ramirez told authorities that she was getting high with him when he accused her of taking the guns. She responded to that by saying she had not taken them but then the situation got worse. During the dispute, Ramirez grabbed a gun he had tucked in his back and fired at him.

A second witness has told authorities that Ramirez was trying to move the body after he was shot. Police are now investigating to see if anyone else was there or was involved in the shooting. Local media has also reported that authorities have found text messages on Ramirez’s phone talking about how she took his weapons.

McKinney was looking to join the Marines and a former instructor that knew him said that he was a standout cadet. Ramirez is scheduled to appear in court on Wednesday.