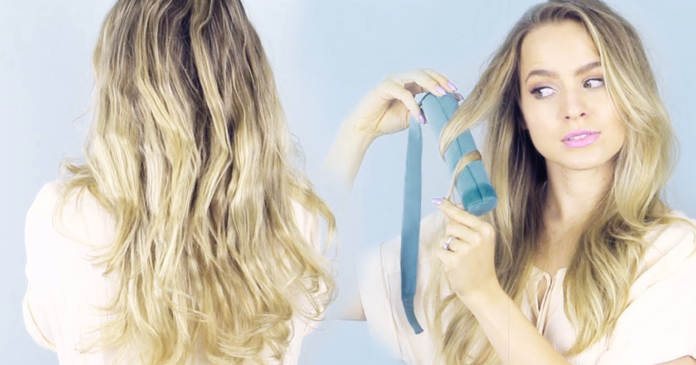 The Sleep Styler Before Shark Tank

The scene in the video switched to the family on the couch watching Shark Tank. Tara asked one of her kids what the valuation was after the entrepreneur requested an investment. She said that her kids love Shark Tank. Tara said that being an entrepreneur is a great experience for her children because it teaches them important skills as they are helping her out. She said that she’s invested over $100,000 in the business, and she and her husband still had student loans to pay back. Costs were mounting up, and Tara was concerned about where that would leave her children. The video ended with Tara explaining how much money and labor she had riding on it.

The Sleep Styler on Shark Tank 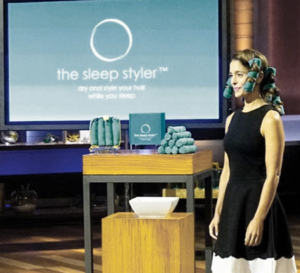 Tara walked into the tank. She was modeling what looks like large curlers in her hair. She introduced herself and said that she was from San Diego. She asked the Sharks for $75,000 in exchange for a 20% equity stake in her business.

Tara began her presentation to the Sharks by drawing their attention to a video set up behind her. She told him that the woman getting ready for the video had to make sure that she had at least an hour to do her hair and makeup before she’s ready to leave the house. The other woman in the video was wearing curlers much like the one that Tara herself was wearing. Tara said that that woman had used The Sleep Styler, which both drys and styles your hair while you sleep. She pointed out that the woman used The Sleep Styler was already done and enjoying her morning while the other woman was still getting ready.

Tara told the Sharks that the average woman spends about an hour styling her hair in the morning. She began to remove the blue rollers that were in her hair. She stated that she had spent just five minutes the night before putting them in after relaxing bath. Tara said that The Sleep Styler was made with yoga mat fabric that wicks moisture from the hair while also not absorbing it. It still remains dry. Tara insisted that the sleep styler was soft enough to sleep in, and women would be able to use it to curl or straighten their hair.

Tara removed the last of the blue rollers and shook her hair out. Mark Cuban asked her if she had any samples because he was interested in trying it out that night. Tara began to hand out the samples. Barbara complimented her on her hair, saying that it looked great. Barbara stated that the Sharks wanted all of her hair products. Kevin, the bald Shark, told her sarcastically that he spends a lot of time in the morning making sure that his hair looked good. When Kevin really cared about was sales.

Kevin asked her what her sales look like. Tara explained that she had begun a Kickstarter campaign two months prior. She met her funding goal of $10,000 in the first 24 hours and closed it at $47,000. That was more than quadruple her goal. Once the Kickstarter campaign ended, she sold $6000 worth of product on her website exclusively. Not a bad figure for only three weeks of sales.

Robert asked her if she was originally a hairstylist. Tara explained that she was actually an ophthalmologist. Robert wanted to know how she’d gone from being an eye doctor to a “hair doctor.” Terry explained that being a mom of two with a full-time job, she never had time to sit down and style her naturally frizzy hair. She would always just throw it back in a ponytail. One day she was styling her daughter Claire’s hair, which had been braided wet the night before. It still had that braid wave in it. That gave her the inspiration she needed for The Sleep Styler.

Robert asked when she’d had that idea, and Tara explained that it was the summer before she appeared on Shark Tank. Robert told her that she came up with everything really fast. She realized that she had to make a sewn product, and she didn’t know how to sew. She ended up enrolling in fashion school while being a mom and working at her practice 3 days a week. The other four days and all nights were spent on her business. After one semester of fashion school, she was able to speak knowledgeably with her manufacturer about things she needed to know about for her products. She was able to get her product made the way she wanted it to be made.

Robert told her that the way she went about everything was very impressive. He wanted to know how much each set sold for. Tara explained that the package of eight retailed for $39, and cost her just under $10 each to make. Lori asked her how much she invested, and Tara admitted that she had put in $100,000 of her own money. Barbara asked how she was able to accomplish all that she did, and Tara said that she could do the work of three people in one day.

Robert asked Tara why she needed the $75,000. She said that she could invest the money on her own, but she needed the business expertise of a Shark in her corner. Mark asked what she really needed, and she told them that she had gone to a large beauty expo and gotten a massive amount of interest in her product. She explained that she really wanted to make the right decision and she hadn’t signed on to any of the interested parties yet.

Lori said that she loved the product. She explained that it felt like a beautiful ultra suede which she would want to actually sleep on. She said it was a genius idea. Lori said that she really wanted it, and was going to make an offer. She apologizes to all the other Sharks. Lori offered Tara the $75,000 in exchange for 30% equity. She said that it would be an awesome product for QVC. Lori even said that The Sleep Styler would be an awesome infomercial product. She told Terry that she just wanted her to say yes right now.

Kevin told Tara to wait because they would be other offers coming. Kevin claimed that he could sell a ton of it on QVC. Lori told Tara to discount his claims because he was bald. She told her again to say yes right now because if Tara was going into a fight over price she would want someone who loved her product as much as she did.

Tara hesitantly asked if she could make a counteroffer. Robert told her to go for it since he is never seen Lori so excited about a product. Tara asked Lori to be willing to go to 25%. Lori looked down at her notes and considered it. She ended up accepting, and the two got up to hug each other. Let’s take a look at how The Sleep Styler did after the Shark Tank.

The Sleep Styler in 2018 – The After Shark Tank Update 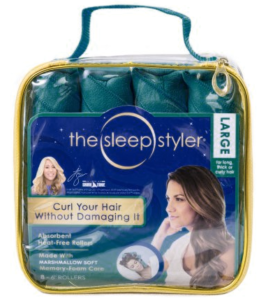 Since appearing on Shark Tank, Lori Greiner is now featured prominently on The Sleep Styler website. She’s pictured right alongside Tara Brown on the front landing page. Tara now offers two different sizes of the sleep styler. The large one is 6 inches, and now there’s The Sleep Styler Mini, which is just 3 inches. The mini one is good for shorter hair or longer hair which has a fine texture. According to an interview with success.com, sales of the product have increased from $47,000 all the way up to $100 million in 6 months. Production is handled by Lori’s logistics and fulfillment company, and the product is now sold in Walmart and Bed Bath and Beyond in addition to Tara’s website.