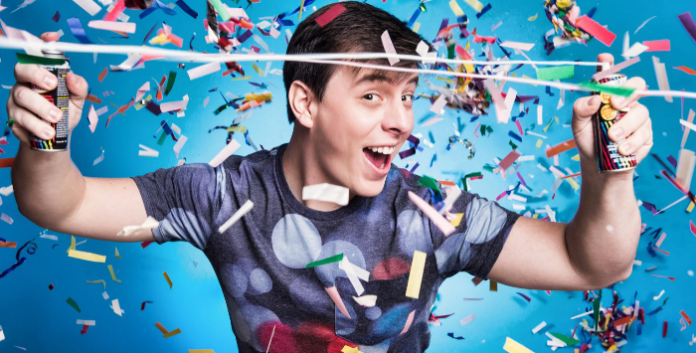 Thomas Sanders is a popular internet personality, known for his social network career, mainly making skits, videos, and songs. Sanders first got popular when he went viral on the now shut social network Vine. From there, he expanded his career to YouTube, Twitter, Snapchat, as well as music and theatre. Today we’re taking a look at his career path, business endeavors, and net worth!

How Did Thomas Sanders Make His Money & Wealth

Thomas Sanders’ launch to stardom happened in April 2013, when his Stewie Griffin impression went viral. From there Thomas would keep growing on Vine until the app shut down in early 2017. By that time Sanders was one of the most followed accounts on the website. During his Vine career, he collaborated with other viners such as King Bach, but also with famous people such as Sean Bean, Adam Pascal, and Gabbie Hanna.

When Twitter, the owner of Vine, announced that they will be shutting it down, Sanders started spreading his work to other social media networks.

His first real growth on YouTube happened in 2015 when Thomas had close to a million subscribers on the popular network. In 2016 his YouTube channel became Thomas’ main focus (as it was announced that Vine will shut down). Thomas Sanders’ YouTube channel has a large variety of content, such as song duets, debates, games, challenges, and compilations. His most popular series is Sanders Sides, in which he acts as four different characters that debate on personal and existential issues among themselves. Currently, Thomas has 2.3 million subscribers and gets hundreds of thousand daily views. YouTube surely is one of his largest moneymakers at the time.

Ever since he was a teenager, Thomas has worked in a musical theatre. His first role was playing Macduff in Macbeth, and from there, his work in the theatre would keep developing. He even won two Golden Apples for the best actor in a musical in 2007. Some other notable roles he played include Don Lockwood in Singin’ In The Rain, Phil Davis in White Christmas and Inspector Javert in Les Miserables.

If you’ve been following his Vines, you know that Thomas Sanders has a great singing voice. Thomas prefers jazz music but doesn’t shy away from any genre. He has duets recorded with the likes of Adam Pascal, and Jon Cozart, among others. His first EP was released on December 21, 2014, on Bandcamp under the name Merry Christmas. His second one was released under the name Ultimate Storytime in 2016 and is compromised of the soundtrack for the musical.

All of his hard work in the above fields has made Thomas Sanders a very young millionaire and an inspiration to an army of his fans. 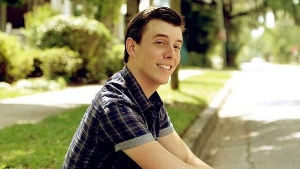 Thomas always tries to keep his private life separate from his public persona, so it’s unknown if he is currently in a relationship. But we can estimate that he is not married because he would hardly manage to keep that a secret. Speaking of his love field, Sanders publicly announced that he was gay just last year. This made his fans speculative of all the straight roles he played in his videos, but he assured everyone that those were nothing more than roles. He repeated several times throughout his videos that he was gay because people weren’t buying it.

What was the breakthrough moment for him?

One of Thomas’ many skills is his impersonation abilities. He first went viral when one of his Stewie Griffin impersonations went on wine. This gained him lots of loops and followers, which kick-started his career. Back then, Thomas was using the username Foster_Dawg as his online handle.

Did Thomas Sanders go to college? 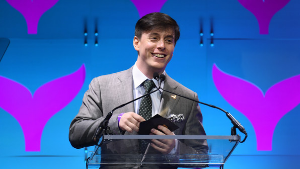 Yes, Sanders graduated from the University of Florida (Gainsville) with a Bachelor of Science in chemistry. His first job right after graduation was in an engineering firm, and he worked there until he could focus full time on Vine and theatre.

How much money does Thomas Sanders make from his YouTube channel?

While these figures aren’t publicly known, we can estimate that Thomas earns somewhere between $2,000-$25,000 each month, based on his view count. This amount is strictly from YouTube ad revenue, so if he works with any sponsors behind the scene, the amount is much, much larger. With such earnings, it is no wonder that he is so rich at such a young age.