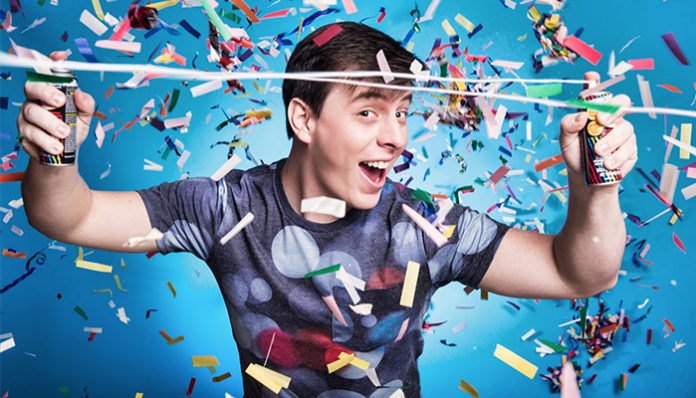 A social media star, Thomas Sanders originally rose to fame on the mobile app, Vine. Since then, he has continued to make videos, most of which are posted to his Youtube channel. As of 2018, he has amassed over 2.4 million subscribers on the site.

Noted for his comedy sketches and pranks, the twenty-something has won several awards throughout his career, including two Streamy Awards and two Shorty Awards. At one point, he was also nominated for a Teen Choice Award, though the title ultimately went to someone else.

Ultimately, it’s through his six-second clips on Vine that he rose to fame. Back in 2013, he made his internet debut on the mobile app after being introduced to it by a friend. With a little bit of luck, one of his initial videos- an impression of Stewie Griffin, quickly went viral, which gained him a substantial number of followers.

By the time Vine shut down in early 2017, he had over 5 million followers, a feat that made him one of the most followed users at the time.

Since then, he has continued his comedic antics on Youtube. Though he’d been active on the site prior to the shut down of Vine, it wasn’t until afterward that his activity on the platform spiked. Over the years, he has collaborated with many YouTubers including Grace Helbig, Anthony Padilla, Michaela Dietz, Gabbie Hana, among many others.

Following his rise to fame, he also started his own web series called, Sander Sides in 2016. Co-written by Joan Stoakes, it centers around four characters, all of whom are different projections of Thomas’ mind.

As of 2018, his work has gained him over 2.4 million subscribers with more than 126 million views. Of course, these numbers are still increasing as we speak. 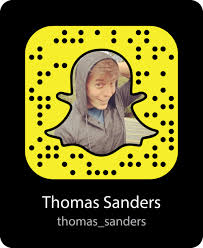 Want to check out his Facebook fan page? You can do so over at @ThomasSandersOfficial

Join over 1.7 million other fans in following his photo-feed on Instagram at @Thomassanders

If you’re a fan, be sure to subscribe to his Youtube channel, which you can visit here