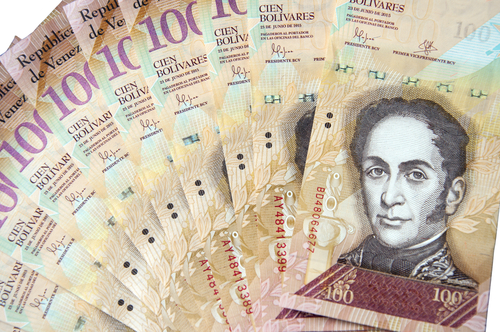 Venezuela’s President Nicolas Maduro announced a wage increase during his end of the year address. The 40 percent increase was described as good news by the president but the population is expecting the already high levels of inflation to get worse after this announcement.

Salaries in Venezuela continue to be the lowest in South America. The increases throughout 2017 didn’t keep up with the high levels of inflation. A monthly salary for most of the population equals just a few dollars.

It was the sixth increase announced by the Venezuelan government in 2017. The previous increases were of 50, 60, 50, 40 and 30 percent. The increase still falls very short of what Venezuelans need to buy food, medicines and other products. According to several news sites, the population currently needs almost five minimum wage salaries to cover the basic food basket.

Venezuela’s inflation is currently one of the highest in the world. Food, medicines and just about everything available in the country sees their prices double in just a few days. The problems could get worse in 2018 as there are now shortages of fuel across the country. The population also isn’t happy that the government did not bring the pork promised for December.

The delays have sparked protests across the country and the government has blamed Portugal, saying they failed to deliver in time. Portugal has responded to the claims, saying they have no power to sabotage the deliveries. One Portuguese company, which has sold pork to Venezuela in previous years, said that the Venezuelan government still owes 40 million euros to Portuguese companies that have made deliveries in the past.