What Happened to Alexis Neiers? – 2018 Update 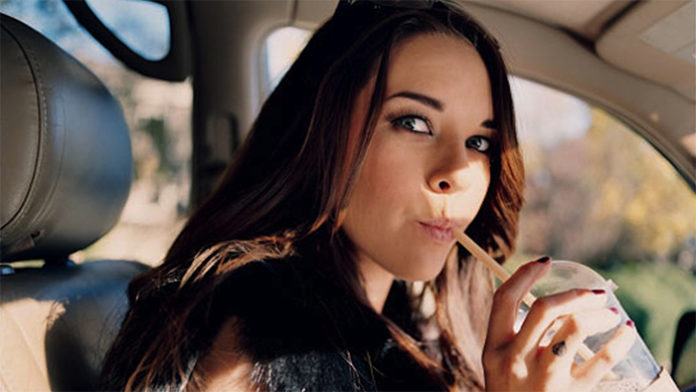 A former television personality, Alexis Neiers came to the public’s eye after being convicted for being a part of the ‘Bling Ring’. Prior to the incident, the brunette had starred in her own E! reality series, Pretty Wild, which focused on the lives of her and her sisters, as they made their way into the Hollywood scene. As it happened, however, the teen was ultimately arrested for being involved with the infamous ‘Bling Ring’, soon after the filming of the pilot. A group of convicted thieves, they broke into the homes of several celebrities including Lindsay Lohan, Paris Hilton, and Orlando Bloom.

Following her arrest in 2009, Neiers pleaded no contest to burglary charges and was sentenced to 180 days in the county jail. The incident that led her to go into the spotlight, the case was followed by numerous tabloids as it unfolded in the late 2000’s. Understandably so, it garnered the brunette some degree of attention, though for all the wrong reasons. In 2013, a feature film chronicling the events, Bling Ring was released in theatres, starring Emma Watson, Katie Chang, Israel Broussard, and Claire Julien. At one point, Lifetime had also released a TV movie that documented the group’s activities.

After serving a month behind bars, Neiers was released in the summer of 2010. What has she been up to since then? Has she appeared on any television shows as of late? What happened to Alexis Neiers, who was infamously known for being a part of the ‘Bling Ring’? Where is she now in 2018? Hopefully, we’ll be able to answer these questions below- so be sure to keep on reading!

Alexis Neiers was born on June 20, 1991, in Giles, California to Andrea and Michael Neiers, the latter of whom worked as the director of photography on Friends. Following her parents’ divorce, she lived with her mother, who soon remarried. Growing up, she was mostly homeschooled along with her sister, Gabby. Not much else is known about her early life at this time.

When she was eighteen years old, Neiers starred in her own reality series, Pretty Wild. Premiered on the E! Network, the show centered around the lives of her and her two sisters, Gabby Neiers and Tess Taylor, the latter of whom is from her mother’s second marriage. Debuted on January 1, 2010, the series followed the girls as they made their way into the social scene in Hollywood. Ultimately, the show wrapped up in May 2010, following a nine-episode run.

Alexis Neiers in the ‘Bling Ring’

In mid-2009, not long after the filming of Pretty Wild, the brunette was arrested by police for being involved with the ‘Bling Ring’- a group of convicted thieves who burglarized the homes of several celebrities including Rachel Bilson, Paris Hilton, Orlando Bloom, and Lindsay Lohan. According to reports, the group had consisted of several teenagers and young adults from the Calabasas area including Nick Prugo, Courtney Ames, Diana Tamaya, Johnny Ajar, and Roy Lopez Jr.

Led by ringleader Rachel Lee, the Bling Ring is said to have taken over $3 million in cash and belongings (most of which were taken from Paris Hilton’s home). Regarding Neier’s involvement in the crimes, she had claimed to have been ‘drunk’ during the burglaries- in particular during the one of Orlando Bloom’s property. In response to this, however, Nick Prugo recalled that the brunette was fully aware of the event.

Following her arrest in the fall of 2009, police found several brand name items including a Chanel necklace owned by Lohan and a Marc Jacobs purse belonging to Bilson in the Neiers’ household. Though she initially denied having taken said items, she eventually pleaded to no contest to her burglary charge.

Following that, she was given a 180-day sentence in the county jail, a 3-year probation, as well as a $600,000 fine. Starting her sentence on June 24, 2010, she was eventually released prematurely a month later. According to reports, she was allegedly placed in a cell beside Lindsay Lohan during her last five days at the prison.

Later in 2010, a feature film adaptation was also released in the United States. Titled, The Bling Ring, the main cast consisted of Emma Watson, Leslie Mann, Taissa Farming, Katie Chang, and Israel Broussard, all of whom portrayed the various members of the Bling Ring group. In the end, the movie garnered mostly positive reviews from critics, who praised the adaptation of events.

Alexis Neiers After Being Released From Prison

Following her release, Neiers went to school to attain CASAC certification, in order to become a licensed alcohol and drug counselor. She eventually completed the program in the fall of 2011.

Just a few months later, the former reality star was featured as a guest on Nik Richie Radio. On the show, she admitted to having been addicted to many drugs (e.g. Xanax, Oxycontin, Heroin) and alcohol during the filming of her reality series, Pretty Wild. In addition to that, she also made claims that she was sexually molested as a young girl, an event that contributed to her addiction issues. To this day, however, it is unclear whether or not said claims are true.

What is Alexis Neiers Doing Now in 2018 – Recent Updates

Alexis Neiers had been sober since 2013. In April 2012, she had married a Canadian businessman, Evan Haines, for which they held an intimate ceremony in Mexico and has since changed her name to Alexis Haines. A year later, she gave birth to a daughter, Harper Elisabeth Haines on April 24, 2013; since then, she has also welcomed a second daughter, Dakota.

In an interview with Vice, Neiers had revealed that she and her sister had only agreed to do a reality series so that they could afford their $1,000 a week drug habits.

So what is she doing in 2018? According to various sources, the mother of two is currently working as a doula, that is, someone who assists women before, during and after childbirth. In addition to that, she has also been making good use of her CASAC certification, regularly volunteering her time at rehabilitation centers in the Malibu area including the Alo House. She’s currently writing and recording documentary footage for the global news organization VICE around the current heroin epidemic that’s affecting people across the globe. Of course, she’s also been busy taking care of her two young daughters! Alexis seems to of went from “Pretty Wild” to “Pretty Busy.”

If anything, the twenty-something has successfully put her past behind her. From drug addict to doula, her life seems to be back on track. As far as we can tell, Neiers does not have any intentions of returning to reality television anytime soon.

Want to stay connected with the former television personality? You can find her on a few social media platforms including Twitter (@itsalexhaines) and Instagram (@itsalexishaines).