What Is An ICO? The Term That Drives the World Crazy 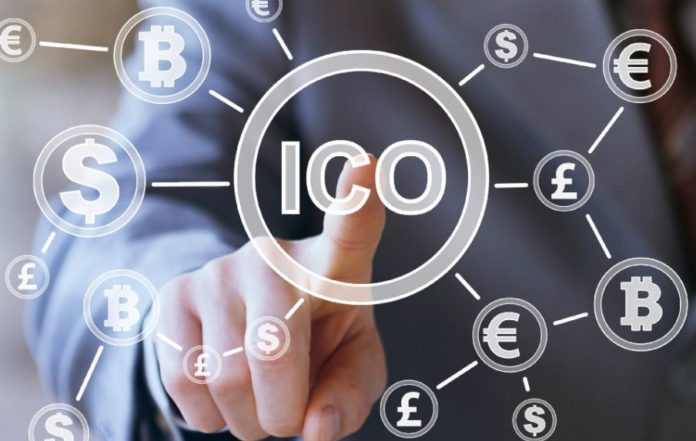 The term ICO refers to an Initial Coin Offering. Investors raise capital for a new cryptocurrency ventures using ICOs. While the term ICO is popular, IPCO which means Initial Public Coin Offering can be used in its place.

In an ICO campaign, there is a provision that allows a set percentage of the cryptocurrency being invested in, to be sent back to the early investors. As an early financial backer of a particular cryptocurrency, it is a guarantee that you will receive part of the virtual currency once it has gone public.

What is ICO investing?

The decision to financially support a new cryptocurrency project to help it become a reality is termed as ICO investing. In comparison to other forms of investments, ICOs allow investors to directly benefit from their investments by awarding the investors with the coins they have been investing in.

The cryptocurrency an investor receives can be re-invested or exchanged for real currency at a coin exchange. Additionally, investors can make a fulltime career from ICO investing as it is high paying and rewarding if done in the right way.

Before embarking on ICO investing, there are things that an investor needs to take into account. When dealing with ICOs, having a rating list and checklist is essential. The reason to having a checklist and rating list is to track the ever-changing cryptocurrency market conditions.

ICO investors who keep track of the market changes are less likely to lose the money they are investing in an ICO. The high price volatility associated with virtual currencies makes it necessary for investors to prepare themselves adequately with factual information. While profiting from ICOs is possible, it can only be a guarantee if done in the right way and using relevant information. Visit https://www.abitgreedy.com/ico/ to find out more details on ICO investing.

The ease of liquidity of the cryptocurrencies in development for ICOs is the reason virtual currencies are continuously being intrigued by ICOs. Instead of investors tying their capital to investments such a startup, they can alternatively invest in an ICO with an assurance that their money will not be tied to the investment for a long time.

While other investments will need a lot of patience when waiting for an acquisition or IPO, ICO investors can watch their investment grow in real-time. This is not only effortless, but it also doesn’t require a hands-on investment approach. The investor can finally decide whether to invest more in the ICO or convert the digital currency to real currency or other cryptocurrencies such as Bitcoin or Ethereum at a coin exchange. Administrators such as Coinbase and Coinsbank provide seamless virtual currency to actual currency conversions.

ICOs are beneficial to blockchain startups. The most significant benefit of ICOs is the provision of capital without having controlling partners who try determine the startup’s spending. ICOs can be compared to crowdfunding. People are allowed to buy tokens in an ICOs tokensale. If the ICO ends up being successful, the tokens will earn a certain value. ICOs have a specific number of tokens to sell at a tokensale. The tokens available for sale during a tokensale come with bonuses for the first purchase.

What Are the Advantages of ICOs From a Fundraiser’s Perspective?

• Remaining with a stake after investing

• Depending on the sum invested in the ICO, investors can get rich if the ICO is successful

• Helping further technological advancements by investing in cryptocurrency which is futuristic

What Are the Disadvantages of ICOs From a Fundraiser’s Perspective?

• A lot of investors are new to the concept of cryptocurrencies the blockchain network and how they function. Convincing such investors to invest your ICO is difficult.

What Are the Advantages of ICOs From an Investor’s Perspective?

• In the long run, most ICOs end up being a great investment

• If an in-depth assessment is made on an ICO and it proves to be genuine, it is a guarantee that the investor will hit the jackpot with the investment made on the ICO.

• Investing in ICOs can be made anonymously, this means that no unnecessary attention is brought to the investor.

What Are the Disadvantages of ICOs From an Investor’s Perspective?

• There is a possibility that an ICO might be a scam

Additionally, ICOs are a better form of fundraising in comparison to crowdsourcing. The reason to why most individuals prefer ICOs is that;

• They are beneficial to both parties, the investors, and the fundraisers.

• The investors in an ICO can make huge profits.

• Fundraisers are guaranteed to attract a bigger crowd of investors compared to fundraising.

• Investors get to remain with ICO tokens in exchange for their investment in the ICO.

Currently, Ethereum is the most used platform to launch virtual currency tokens by coin developers. Other than Ethereum, other platforms can be used to launch coin tokens include;

According to a recent survey, Ethereum was the most sort after platform, and it is the most recommended. Waves and Bancor can be used as alternatives after confirming that they are compatible with the coin in development.

What Is an ICO Business Model?

An ICO has to have a business model. An ICO’s business model has in it information that includes timelines, objectives and the roadmap the ICO developers intend to use in their quest to launch a new cryptocurrency to the market.

Investors can use an ICO’s business model to get to know more about the ICO. Information found in the business model helps an investor determine whether an ICO is worthy of an investment. Additionally, an ICO business plan gives an investor a broad idea of how the ICO intends to develop.

The easiest way to buy the ERC20 token is on https://etherdelta.github.io/. By following the next steps:

• Investors can store the tokens in digital wallets that are downloadable online. Investors can also use the ICO’s wallet if they have one.

• After a token sale, accepted ICOs are listed on any virtual coin exchange where they are publicly traded.

• The currency in use at most exchanges is the USD and the EUR. However more exchanges are integrating cryptocurrencies such as Bitcoin to facilitate currency and ICO conversion

• During a tokensale, any convenient currency available to investors or companies can be used to acquire the ICO tokens

The easiest way investors can purchase ICO tokens such as the ERC20 token is from this link; https://etherdelta.github.io/. After using the link to navigate to an tokensale page, follow the following steps;

• Create an account. This is done by navigating to the “select account” button on the top right corner.

• Click on it, and a pop up containing your public and private key will appear.

Investors and token holders should keep their private keys private and secure to make sure that their virtual currency tokens are not accessible by other parties.

There are certain ICOs that were able to succeed without partners. But as of now, ICOs find it vital to have partners. Partnerships in ICOs are beneficial to the parties that are coming together. The partners can share costs and infrastructure which provides efficiencies, therefore leading to an overall rise in the value of the ICOs.

The most significant benefit of ICO partnerships is the sharing of a clientele base; this results in the promotion of ICOs which significantly increases the popularity of virtual currencies. When ICOs partner, there is an increase in the level of trust given to the coins they ICOs distribute.

Utility tokens such as bitcoin allow holders to trade the tokens at a later time. Most utility token traders prefer trading their tokens when they have significantly increased in value. Through trading of tokens, utility token holders can profit from the tokens they acquired during an ICO or after the coin’s launch.

ICOs are therefore legal in most countries. Most Asian countries such as China and North Korea have well-articulated regulations on ICOs.