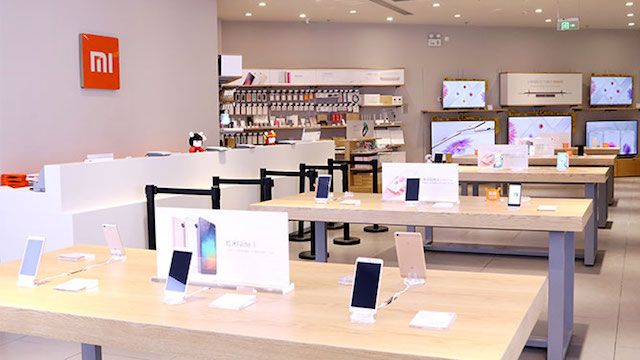 Xiaomi is extremely popular in China but the company appears to have big plans for Europe this year. The company recently posted a picture of its mascot riding a scooter with the words “Ciao! Italia”. The image was posted on its Facebook page but was later deleted.

In recent months, Xiaomi has indicated that it plans to offer many of its devices in Europe by opening stores in some countries. In November, the company opened two stores in shopping malls in Spain. The stores now sell devices such as the Mi A1 and Mi Mix 2.

In October, the company opened its first store in Greece. The store, located in the largest shopping mall in the country, offers a number of Xiaomi products, including the Mi 6, Mi Mix and Mi Mix. The store was the first to open in Europe.

Xiaomi is also planning to open a store in Romania next month. The store will open in eleven days, according to the page’s countdown clock. The company confirmed the news through its Facebook page. Xiaomi has not given any details on the products that will be available at that store but the lineup will probably be similar to what there is on the Greece and Spain stores.

Xiaomi already has a big presence in other markets such as India, where reports say it has beaten Samsung for the top spot, but the company has plenty of countries where it could continue expanding. A report recently mentioned that Xiaomi and Huawei were in talks with US mobile carriers to offer their devices there. No other rumors have surfaced on Xiaomi entering the US but Huawei did get close to a deal before it collapsed.

Recent Reports and Rumored Releases For 2018

Months ago, a report mentioned that the company was planning to build 2,000 stores in Europe within the next three years. The report mentioned countries such as Poland, Hungary, Lithuania and Greece. Romania and Italy will be the next two countries to see Xiaomi stores.

Xiaomi is very popular in China and its recent expansion into Europe could help the company grow a lot in the next few years. The company could have a big year as rumors say Xiaomi is working on smartphones such as the Mi 7, Mi Mix 2S and Mi Max 3. Oh and let’s not forget about the many affordable devices that it releases each year.