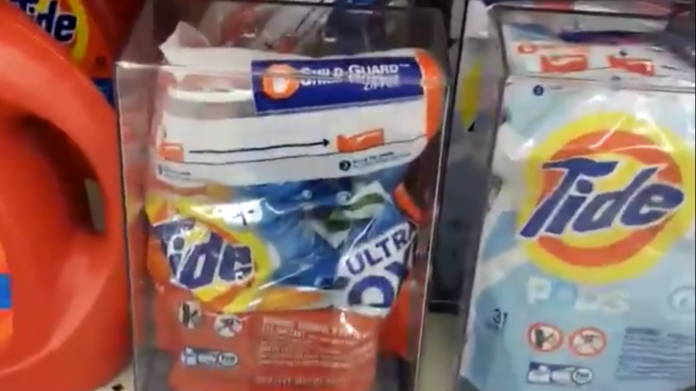 YouTube and Facebook are now removing videos related to the Tide Pod challenge. The challenge, which involves people chewing on laundry detergent pods, has already led to a warning from the American Association of Poison Control Centers.

YouTube and Facebook have seen plenty of challenge videos throughout the years but many of them are harmless. This challenge isn’t, it is actually very dangerous as it involves people eating laundry detergent pods. The challenge videos are getting thousands of views but officials warn that eating the detergent is dangerous.

The American Association of Poison Control Centers has released a statement saying that the recent trend has caused concern among poison control centers. Several videos of the challenge were posted on Facebook and YouTube but the two sites are now removing them to stop people from attempting it.

YouTube has not revealed how many videos it has removed so far. A majority of the videos on the video site are now from people commenting on the challenge or simply pretending that they are going to attempt it.

The Tide Pod challenge has been so popular in recent weeks that businesses have now created alternatives that are safe to eat. A candy shop in Florida has created a candy with the same colors while a doughnut shop in Kansas has also created a product with similar colors. In Brooklyn, a pizza place is offering pizza rolls with the colors.

Tide has also said on Twitter that eating a Tide Pod is a bad idea. The company even released a video featuring New England Patriots tight end Rob Gronkowski saying that the pods should only be used for washing and not eating. Pharmacies and other businesses also decided to place the bags of Tide Pods in plastic boxes to prevent people from stealing them.

The challenge reportedly began as a joke but then it became serious, with many attempting it. The challenge has led to several videos and warnings from health officials explaining why it is very dangerous to eat them.

Facebook has also confirmed that it is removing the videos related to the challenge. The company told CNN that the videos were also being removed from Instagram. The company didn’t give numbers on how many videos it has taken down so far.