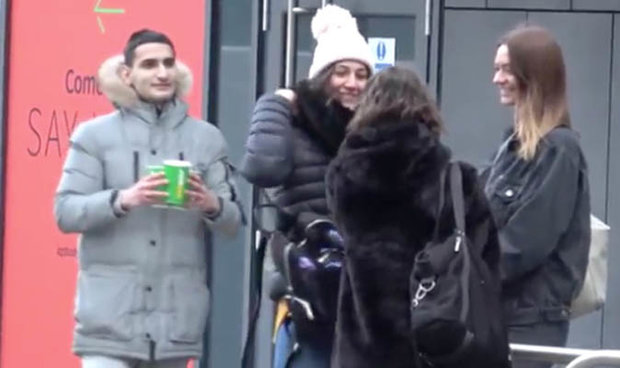 British YouTuber Arya Mossallah has been criticized for making a prank video where he pretends to throw acid on people’s faces. The video, which was posted on YouTube, reportedly had over 1.6 million views on the site. YouTube has removed the video but the clip has caused anger among many because several acid attacks have been reported in the country.

In the video, Mossallah throws water in people’s faces and runs away. In his channel, which has more than 650,000 subscribers, he has several prank videos but the acid attack prank video has angered many because there have been many acid attacks in recent years. In December, police revealed that the UK had one of the highest rates of acid attacks in the world.

Two people have died while many others have been left with serious injuries in recent attacks. In April 2017, a woman was blinded in one eye after she was sprayed in the face with acid at a nightclub in east London. She was one of 20 people who suffered burns after the substance was sprayed.

Many people have taken social media to criticize his latest video, which is no longer on YouTube. Eliot Cole, an acid attack victim, tweeted that the idea was horrendous. Others have called for the video site to take action.

The removal of the video comes just days after YouTube decided to take action by removing the Tide Pod challenge videos. In the videos, people were seen eating laundry detergent pods. Facebook also confirmed to CNN that it had removed the videos from the site and Instagram. The dangerous challenge became so popular that pharmacies and other stores began placing the Tide Pod bags in plastic boxes to prevent people from taking them. It also led to several warnings from health officials, who explained that eating detergent is very dangerous. Tide even released a video featuring Patriots tight end Rob Gronkowski telling people that Tide pods are only for washing.

The removal of the video also comes just weeks after the Logan Paul forest video. In the video, the YouTuber shows a suicide victim at Japan’s Aokigahara forest. The video was removed but not before it reached the trending section. Many have criticized the video site for letting the video stay up for so long. YouTube cut ties with Logan days after the video was posted.