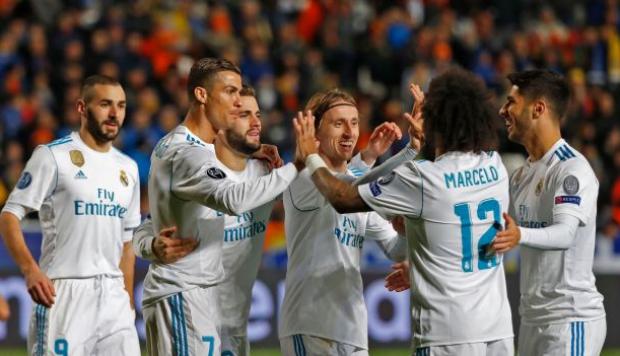 Real Madrid has had a disappointing season so far, with the only trophy they could still win being the Champions League. The club is coming off a solid win against PSG but the league and other cups haven’t gone well. They currently sit 20 points back from first place Barcelona and last month, they were eliminated from Copa del Rey by Leganes. The current La Liga and Champions League champions haven’t looked as good as last season

but the club has been heavily mentioned in transfer rumors. Real Madrid has made huge transfers in the past, so we wouldn’t be surprised if the club signs one or two superstars to get back on top soon. Here are seven superstars that the club is rumored to be interested in and that could help them get back on top:

According to reports, Harry Kane is one of the players that Real Madrid is looking to sign in the near future. The Tottenham star striker has scored 37 goals for his club and country this season. Kane has been a goal scoring machine since becoming a starter for the club and is seen as the perfect replacement for Benzema, who has only scored a few goals this season. A move to Real Madrid would probably cost the club a lot of money but they are no strangers to setting transfer records when they want to sign a superstar.

Rumors about the Chelsea star moving to Real Madrid are nothing new. In recent years, there have been several reports that he wants to join the club or that Real Madrid is interested in signing him. The latest report mentions that Real Madrid are willing to offer £100 million ($140 million) plus Gareth Bale for Eden Hazard.

Neymar set a new transfer record earlier this season when he moved from Barcelona to PSG. But just months later, reports began saying that Real Madrid is interested in signing him. The Brazilian star has scored plenty of goals with PSG in his short time there but rumors about a move back to Spain continue to surface. One report even mentioned that Real Madrid are prepared to sell four first team players to fund the new world record deal. Another report mentions a swap that would send Ronaldo plus cash to PSG for Neymar.

Neymar decided to join Barcelona back in 2013 but rumors had also linked him with a move to Real Madrid. The Brazilian star also spent time on trial at Real Madrid when he was 13 years old.

Back in 2016, reports revealed that several clubs, including Real Madrid, were interested in signing the French midfielder. Paul Pogba joined Manchester United in a record setting transfer that year but reports are now saying that Real Madrid is ready to make an offer to bring the star midfielder to Spain.

Thibaut Courtois sparked rumors about a transfer to Spain after saying earlier this month that his heart is in Madrid. Courtois lived in Madrid for three years when he was on loan at Atletico Madrid. The Belgium goalkeeper is one of two goalkeepers that Real Madrid is said to be interested in. His deal ends next summer but reports are also saying that he will reopen contract talks with the club.

Mohamed Salah has been one of the best players in the EPL this season, scoring and helping Liverpool get to third place in the league. He made his move to the English club at the start of the season but his great performances have caught the attention of Real Madrid. The Liverpool forward recently scored his 30th goal of the season in a huge victory against Porto in the Champions League. Hector Cuper, the manager of Egypt’s national team, recently said that Salah is good enough to play for Real Madrid.

Real Madrid have been looking to sign David de Gea for years but a deal has never been agreed. Reports are saying that Real Madrid is still interested and are willing to offer two players to make the deal happen. Spanish weekly sports magazine Don Balon claims that the club has offered goalkeeper Keylor Navas and midfielder Mateo Kovacic.

Manchester United’s Jose Mourinho recently said it made no sense to sell David de Gea, who has been with the club for seven seasons. Before his move to the EPL, he played in Spain with Atletico Madrid.

Which players do you think Real Madrid should try to sign after the season? Let us know in the comments.