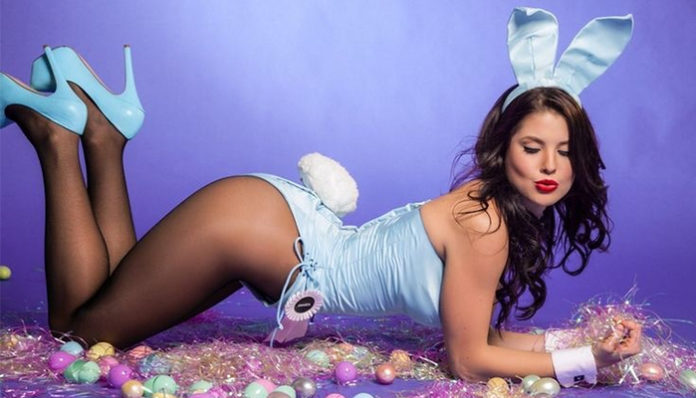 A YouTube celebrity, Amanda Cerny’s comedy sketches have earned her more than 2 million subscribers on the video-sharing platform. Aside from that, she’s also incredibly popular on Instagram, Twitter, and Vine. Some of the fellow social stars that she’s collaborated with in the past include Juanpa Zurita, Logan Paul, and King Bach.

A model, she has graced the covers of numerous magazines, one of which include Health & Wellness. At one point, she was even a Playboy Playmate of the Month in 2011.

How did Amanda Cerny Became Famous?

Like many social media stars, the brunette got her start on Vine, where her six-second clips had gained her a substantial following. By the time it was announced that the app would be shut down, she already had more than 4.6 million followers, making her one of the top female users on the platform.

Since then, she has also made herself known on sites such as Youtube, Twitter, and Instagram. In fact, the twenty-something has already amassed more than 19 million followers on the photo-sharing app alone!

In 2015, Cerny made her official acting debut in the TV series, P%L Boyz. From there, she appeared in the television movie, The Coach Who Clothed Them, before landing a recurring role in Adam Devine’s House Party. Some of her later television credits include Shane & Friends, The Deleted, Workaholics, and Dead House.

In addition to having appeared on the small screen, she has also participated in a few films over the past few years. For instance, she played the role of Amber Day in the comedy title, Internet Famous in 2016. Since then, she has also made appearances in The Bet, Public Disturbance, and Superstition: The Rule of 3’s.

According to her official IMDb page, she will also be appearing in the upcoming movies, Deported, #211, and Airplane Mode. 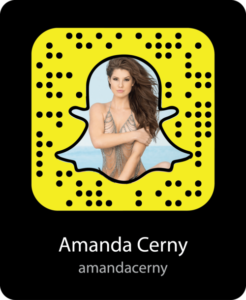 Want the latest news and announcements? You can visit her official FB page at @OfficialAmandaCerny

You can stay connected to the star on Twitter at @AmandaCerny

If you’re a fan, be sure to check out her photo-feed on IG at @AmandaCerny

If you haven’t already done so, don’t forget to subscribe to her official Youtube channel, which you can find here.