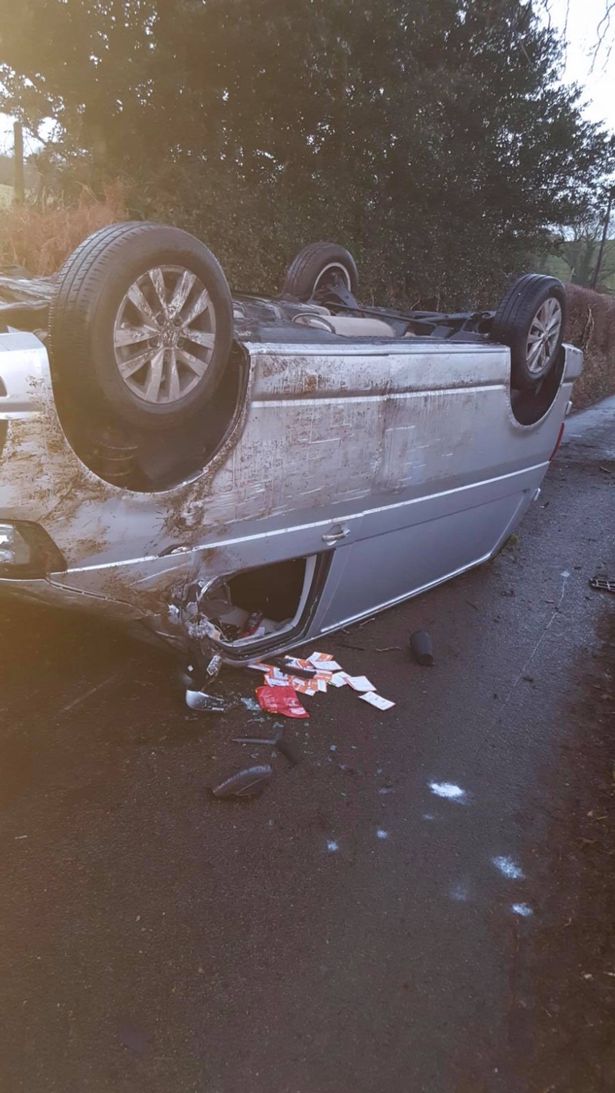 An Amazon delivery driver who was involved in a scary car accident says the pressure of having to deliver the many packages is partly responsible. The scary accident happened last week, when he flipped his van as he was driving on an icy road.

The accident left serious damage on the van but the driver was not injured. Pictures of the accident show the van flipped on its roof. The accident happened as he was trying to complete deliveries in North Wales.

The driver spoke to ECHO and said that he wasn’t speeding at the time of the accident. He did admit that he was going faster than the weather conditions would allow because he had a lot of packages to deliver. He added that it’s challenging and that some of the drivers are stressed, which means they must cut corners.

The driver told the news site that on the day of the accident, he had less packages to deliver. But he partly blames the weather and pressure to deliver for the accident. He says that it’s very rare to get home before seven in the evening. The drivers arrive to the center and 7:45 a.m. and begin delivering packages from there.