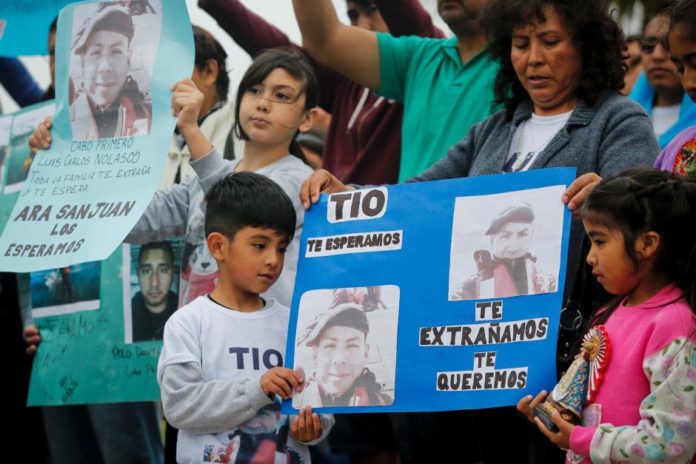 The families of the 44 crew members from the missing Argentine submarine have started raising money to pay for a new search. The search and rescue operations by the navy ended back in December.

The ARA San Juan submarine went missing on November 15 while on a training exercise. The search by the navy lasted fifteen days but nothing was found during that time. Now, family members have opened an account and are asking the public to help fund the new search.

The disappearance and efforts by the navy have drawn criticism from the family members, who think more should have been done. Some family members want the bodies to be recovered while others are not totally convinced about what happened.

The submarine entered service back in November 19, 1985. It was the newest of the three submarines in the navy’s fleet. The submarine, built in West Germany, was refitted back in 2014. Some of the family members have said the submarine was not in good condition, something that the navy has denied. The navy said after the claims that the submarine had been checked just days before sailing and that it was in good shape. The submarine left the port of Ushuaia on November 8 for a training mission.

Earlier this month, the government started offering a $4.9 million reward. The Defense Ministry said it will be granted to those people who give information and data that will allow them to find the location of the submarine.

Feb 13, 2020
Caviar is off to a fast start in 2020 with several creations that will catch the attention of those who have lots and lots...