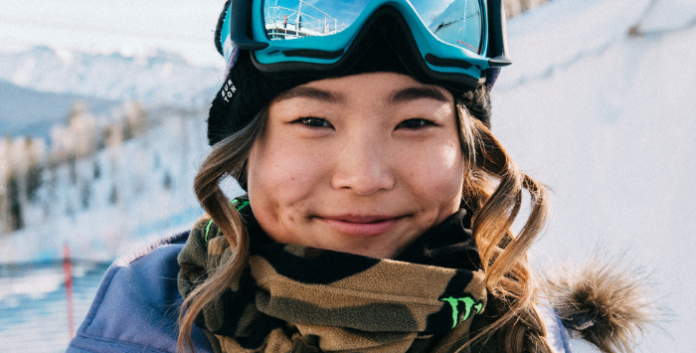 Chloe Kim is a popular American snowboarder. She is currently just 17 years old, and many consider her a snowboard veteran already! That’s how good Kim is. Her first mainstream success happened in 2014 when she won the silver medal at the Winter X Games.

Next year, she stepped up and won the gold medal at the same event. In 2016, she repeated her success and became the first under-16 competitor to win two gold medals in succession. During the same season, she achieved another amazing record. She became the first person, after the famous Shaun White, to get a 100 points score for her back-to-back 1080 spins!

She wrapped the year up by winning two gold medals at the Winter Youth Olympic Games. Kim was the flag bearer for the USA team at the same event. After skipping the Sochi Olympics in 2014 due to her young age, she is back in 2018, and ready to conquer once more. As you probably know, she is currently competing in the Winter Olympics. You can catch her in the halfpipe final, starting TODAY at 8:00 PM ET! 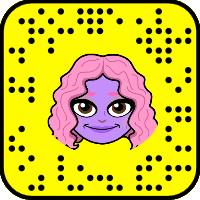 Chloe Kim’s Snapchat username is @ChloeKimSnow. You can add her by clicking on the username, or by scanning the Chloe Kim Snapcode above. Just open up your app, and you’ll be following her in seconds!

Other than Snapchat, Kim can be found on all other popular social media websites. Below is a list of all of her profiles and usernames, in case you just can’t get enough of the snowboarder.

Chloe Kim Facebook Account – Kim’s Facebook page has close to 30,000 followers but isn’t as active as you would hope. She only posts an update every few days.

Chloe Kim Twitter Username – Her Twitter isn’t very popular, with just 15,000 followers, but she is very active on it. If you’re looking to follow her on Twitter (you should), her username is @ChloeKimSnow. She just tweeted that she could go for some ice cream!

Chloe Kim Instagram Username – Chloe’s Instagram username is @ChloeKimSnow, where she has just upwards of 200,000 followers. She is very active on Instagram, making it one of the best places to catch up with her.