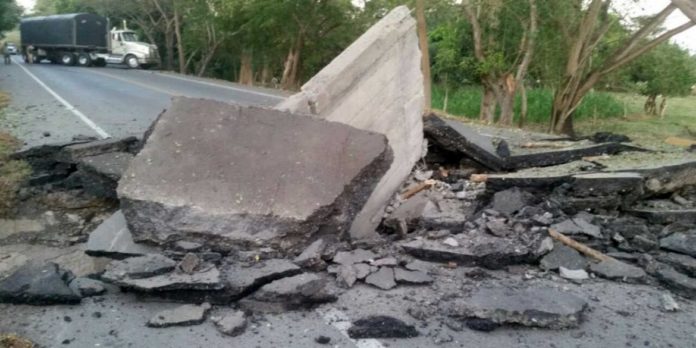 The Colombian military has responded to the bridge attack by launching an attack on the ELN. The attack comes just hours after the rebel group blew up a bridge, causing a 150 car pileup.

The bridge attack comes two weeks after president Juan Manuel Santos announced that peace talks had been suspended. At the time, the president said that he had decided to suspend the fifth stage of negotiations until he sees coherence between the group’s words and actions. The suspension came after a series of bombings left seven police officers dead and others injured.

The government and ELN had been in negotiations for almost a year before the three attacks forced the government to suspend talks. Weeks before, the group had also attacked oil pipelines and a naval base. Peace talks had been scheduled for the following week and while Santos didn’t suspend them, he decided to recall the negotiator.

Defense Minister Luis Carlos Villegas said on Saturday that the military had launched an attack in response to the bridge attack in the country’s north. According to officials, the explosion caused a 150 car pileup. They added that no injuries had been reported.

In late 2016, the Colombian government and FARC agreed to a peace deal, ending more than 50 years of conflict. The deal turned the rebel group into a political party, which now has candidates for the upcoming presidential and legislative elections. The new political party has had a difficult time campaigning as protesters have showed up to their stops. A few days ago, they announced the suspension of their campaigns until the government can provide more security.

The Colombian government has been trying to reach a similar deal with the ELN, which is said to have thousands of fighters. The group had previously announced that the offensive would last from Saturday until Tuesday. Pictures and videos taken after the attack show serious damage to a bridge and a road. Local media reports that officials have been sent to evaluate the damages left by the two bomb attacks.