Danielle Bregoli Facts – Does She Have A Boyfriend? 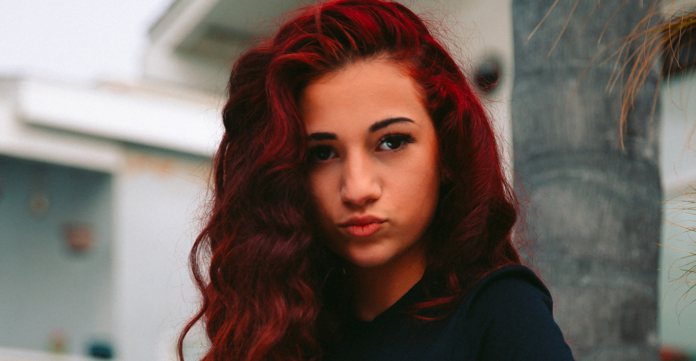 This 14-year-old is most well known for her appearance on the Dr. Phil show. Danielle Bregoli was taken on the talk show by her mother, who was tired of her constantly running away, her drug use, and her twerking. She was constantly getting into fights, and she threatened the audience members at the Dr. Phil show, which is what actually launched her into stardom. The phrase “Cash me outside, how ’bout ‘dah?” became a popular internet meme, and she used that fame to get noticed for her other talents.

Nickname: Her rapper name is Bhad Bhabie, which is pronounced bad baby.

Occupation & Job:  Danielle is a social media personality, who has used her viral fame to become a rapper

Famous For: She is famous for being the girl who started the “Cash me outside” catchphrase on the Dr. Phil Show.

Age: She is fourteen.

Nationality:  She is an American.

Waist Size: We do not know her waist size.

Hip Size: We do not have access to her hip size.

Hair Color: Her hair color is a dyed reddish-brown.

Are They Married: Danielle is still underage, so she is not yet married.

Husband / Boyfriend: Danielle claims that she is currently single, and has never dated anyone.

Father: Her father, Ira Peskowitz, has only been involved in her life on a financial basis since leaving her mother. The Palm Beach County’s sheriff’s deputy remarried shortly after and has two other children.

Mother: Danielle’s mother is Barbara Ann Bregoli, and you could argue that Danielle gets her attitude and fiery nature from her mom. According to an article in the Palm Beach Post, she actively interfered with Ira getting to see Danielle, and also has some legal issue of her own. More on that later.

Siblings: Danielle grew up as an only child, but has two half-brothers on her father’s side.

Children: No kids yet, although Danielle has had her share of pregnancy rumors since she went viral in September of 2016.

High School: According to various interviews, she has claimed to only have a grade school education. She stated that she dropped out of school in the seventh grade.

Did They Go To College:  Not yet. Danielle is just 14.

Salary: It depends on the gig. According to Lifeandstylemag.com, the teenager has made a $40,000 paycheck for appearing at Miami’s Rolling Loud Festival.

Net Worth: Her net worth is rumored to be around $200,000, but that is sure to skyrocket as she makes more money from her music and her rumored reality show.

Sexuality: It’s early yet, but Danielle identifies as straight.

Hobbies: When she’s not setting up her mother for criminal drug possession, or running away up to 4 times in one day, she enjoys making rap videos.

Favorite Sports: This information is unknown.

The teenager has an impressive 1.9 million followers on her Facebook page. She posts videos from her Youtube channel as well as a few promotional selfies.

Danielle Bregoli has amassed over 420,000 followers in the short year and a half since she launched into stardom. She uses the platform to retweet and communicates with her fans. She also occasionally indulges in the occasional internet drama – naturally.

She has 309 posts, and 12.2 million followers on the photo-sharing platform.