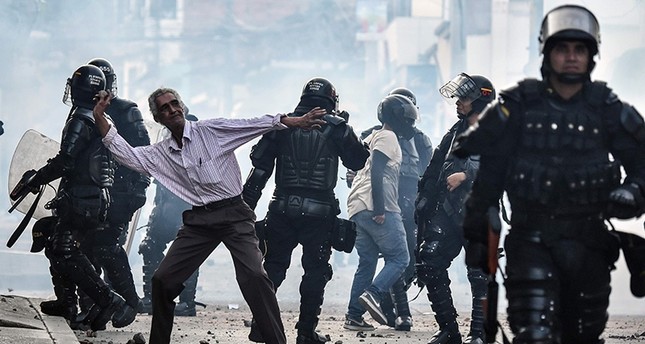 Colombia’s FARC political party has decided to temporarily suspend its presidential and legislative campaigns. The announcement comes after angry protests took place at their campaign stops.

In late 2016, the Colombian government and FARC signed a peace deal that ended more than 50 years of conflict. The former rebel group is now a political party that has started campaigning for the upcoming elections.

During the conflict, the rebel group carried out bombings, kidnappings and other attacks around the country. A lot of the population believes the group should have faced a severe punishment for its actions during the conflict. Many also think they shouldn’t be campaigning.

FARC transformed into a political party back in September 2017 and recent surveys have shown small support for the party, which was guaranteed ten seats in Congress through 2026 as part of the agreement. FARC will have a presidential candidate and 74 candidates for the legislative elections.

Party leader Pablo Catatumbo said that for the moment, they had decided to suspend the campaign until they have sufficient guarantees. He added that they ask all parties and political movements to reject these type of provocations.

The FARC’s presidential candidate, Rodrigo Londoño, chose the city of Armenia as his first campaign stop but was met with protests. Hundreds of residents welcomed him with insults while others threw eggs, tomatoes and other objects at his vehicle.

A video posted on Twitter by Quindio Noticias showed Londoño and his supporters walking through the streets. At one point, residents start shouting insults as he walks by with bodyguards. At the end of the video, people can be seen kicking and trying to damage an SUV.

On Sunday, Senate candidate Ivan Marquez, one of several members of FARC’s legislative campaign, decided to cancel an event over protests. Catatumbo said the suspension will remain until the government can provide enough security for its candidates.

Vice-presidential candidate Imelda Daza recently told Blu Radio that the party was asking the government to provide better security to the candidates. Ms. Daza has accused rival parties of provoking the protests, saying that they are not spontaneous demonstrations but premeditated actions.