Florida: Couple Raises More Than $10,000 After Their Boat Sinks 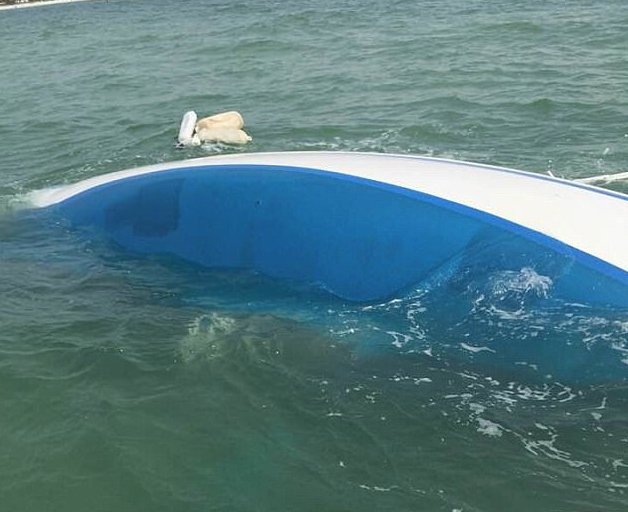 A Florida couple who lost everything they had after their boat sank has raised over $10,000 to have it removed. Tanner Broadwell and his girlfriend Nikki Walsh decided to sell everything and live on a boat.

Broadwell explains that they decided that they were going to sell everything and move to a boat. Their plan was to travel and they began doing that after finding the perfect boat. The couple sold everything to buy the boat, including their cars. They moved from Colorado to Florida and stayed with their family until they found the boat.

Broadwell says he and his father sailed from Alabama to Tarpon Springs, Florida. He then began working and saving to buy supplies for the boat. The plan was to travel and have months of supplies.

The couple decided it was time to travel but things quickly went bad. They had been on the boat for two days when it hit something underwater. This quickly led to the boat filling with water.

The couple told Action News Jax that they had spent 48 hours on the water. A video inside the cabin showed the boat filling up with water after the accident. Broadwell says he tried to get the boat to safety while his girlfriend called for help.

The boat continued to fill with water and the couple had to be rescued. They returned to the area the following day but nothing could be saved. They were planning to take some things out but the boat was now barely floating sideways.

The couple doesn’t plan on living at their family’s home for long. They will first get the boat removed from the water, a process that will be a little easier after they raised more than $10,000 on GoFundMe.

They tell Action News Jax that they plan to get another boat after the other one is removed from the water. $10,000 are for the removal of the boat and the extra money will be for a new boat, according to their GoFundMe page. The page adds that they did not have insurance but that they aren’t giving up on their dream.