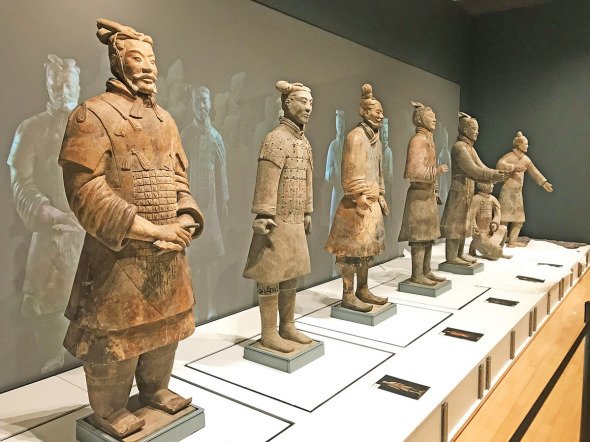 The Franklin Institute in Philadelphia, Pennsylvania has released a statement just days after authorities revealed that a man entered the Terracotta Warriors exhibit and stole a thumb from one of the statues.

The statement, released on Friday, says that the museum has the utmost respect for the statues and the rich Chinese cultural heritage they embody. The statement, obtained by the Xinhua news agency, comes after authorities revealed that a man had stolen a thumb from the statue on December 21.

The man was at the museum for an event but entered the Terracotta Warriors exhibit, which was closed at the time. Authorities say he used his phone as a flashlight to walk through the exhibit. He took a picture with the statue and then stole the thumb from one of them.

The statue is one of ten that are currently on loan at the museum. The terracotta warrior  is said to be worth millions of dollars. The statue is one of thousands in the Terracotta Army. The project manager said at the time that the organization would be sending experts to the US to assess the damage and repair the statue. The museum found out that the thumb had been stolen weeks after it happened.

The Terracotta Army – Exhibits and Discovery

The statues at the museum are one of the few that have traveled across the world. The majority of them are in China, where they were discovered back in 1974. Ten other statues are currently in The World Museum in Liverpool. The exhibit opened on February 9 and will last until October 2018. It is the first time since 2008 that the statues visit the UK.

The Terracotta Army was discovered by local farmers more than 40 years ago. The farmers found the statues when they were digging for a water well. The majority of the statues, which were constructed more than 2,000 years ago, are in the museum that was created in the area after the discovery. In 2015, China began new excavations to unveil more terracotta warriors.