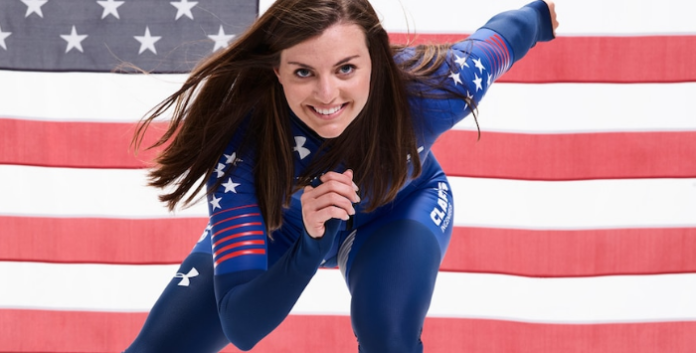 Heather Bergsma is a popular speed skater, born and raised in High Point, North Carolina. She started competing back in 2006 and has since then become one of the most prolific American speed skaters. Today we are taking a look at Heather’s career, and also talking about her online accounts, including Heather Bergsma’s Snapchat! 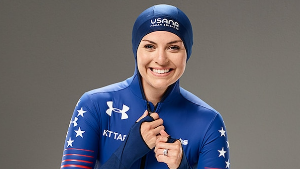 Heather represented her country at the Vancouver Olympic Games, where she achieved respectable results. She won he first gold at the World Sprint Championships in 2013. Since then she managed to repeat the success several times, namely in Heerenveen, Gangneung, and Kolomna. Heather currently holds several world records, precisely in 2 x 500 meters speed skating, as well as the 1500 meters one. She has married Jorrit Bergsma in 2015, after which she briefly competed as Heather Richardson-Bergsma. She is currently competing in this year’s Winter Olympics in Pyeongchang, most recently finishing 8th in the 1500 meter race.

If you are here looking for Heather Bergsma’s Snapchat username, look no further. Today we’re giving you all the information you will need about all of her social media presences. Let’s get started!

Unfortunately, it seems that the skater isn’t too interested in having a Snapchat account. There’s no mention of a Snapchat account anywhere on her other social media profiles, so we’re assuming that she simply doesn’t use the app. If the situation changes, we will be sure to let you know, as usual. Here are some alternatives…

Heather Bergsma’s Snapchat might not be available at this time, but you can surely find her on other websites and apps. Here’s a list of them:

Heather Bergsma Facebook Account – It appears that Heather doesn’t use Facebook either. If you REALLY want information about her to pop up on your Facebook feed, consider following her husband, Jorrit Bergsma. He often posts their selfies and some short videos!

Heather Bergsma Twitter Username – Heather does have a Twitter account, however. She doesn’t have much of a following (<10,000), probably due to her not being very active on it. She created a Twitter account all the way back in 2009, which explains the username @HLynnRichardson.

Heather Bergsma Instagram Username – Bergsma is a little more active on her Instagram account, @HeatherBergsma. She has just over 6,000 followers on there, which frankly isn’t that much… so, what are you waiting for? A world record holder with only a few thousand followers is rarely seen.