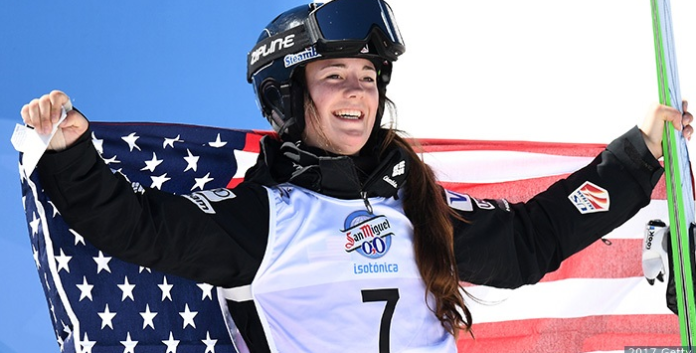 Jaelin Kauf is a young skier from the United States, currently competing at the Winter Olympics at Pyeongchang. Ever since she was a child, Jaelin was interested in winter sports. This was probably due to the fact that both her parents and brother were (very good) skiers themselves. She was quoted saying that her entire childhood was filled with skiing, making this a natural career for her.

Her breakthrough happened in 2015 when she got the 3rd place at a Junior World Championships. From there she started competing at the Wolrd Cup circuit. At the 2016’s event, she had a great run which helped earn the Rookie of the Year honors. Her first ever World Cup victory happened a year after in Tazawako. She ended the last season as the no. 7 spot in the World rankings, and won bronze in dual moguls at the championship. 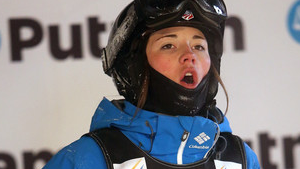 She started this season with several high place finishes, which caused her to get her first Olympics Games invitation. Kauf can currently be seen skiing at Pyeongchang, at the ongoing Winter Olympics.

Unfortunately, it seems that Jaelin Kauf’s Snapchat doesn’t exist just yet. There’s no mention of Snapchat on her official website, nor on her other social profiles. So, we sadly have to conclude that she simply doesn’t have Snapchat. If that changes, we will be sure to let you know.

While you’re waiting for that, here are some alternatives:

While Jae isn’t on Snapchat, there are some alternatives you might find useful. Here’s a list of her other major social media usernames:

Jaelin Kauf Facebook Profile – Jaelin’s official Facebook username is @jaekauf, where she has just over a 1000 followers. Not nearly enough for an Olympian, you’ll surely agree. The page isn’t very active at the time, probably since Kauf is actually at Pyeongchang. We’ll sure the activity will pick up soon enough!

Jaelin Kauf Instagram Username – Kauf’s Instagram username is also @jaekauf, where she has around 6000 followers at the time of writing. She is very active on Instagram, making it possibly the best place to follow her on.