Johnny Orlando is a Canadian social media expert who rose to fame with his pop music covers on YouTube – and he is still just a teenager. While working his own career, he’s also helped to boost his sister Lauren to social media fame by featuring her in his videos.

How Johnny Orlando Got Famous

He was born in Mississauga, Canada on January 24, 2003. The Aquarius began his career by posting cover songs on his Youtube channel with the help of his older sister Darian. As his following grew, and his channel got more and more popular, he was able to release original music. Since he was already popular, a few of those songs got over 10 million hits. He was even nominated for a Teen Choice Award in 2016, which was around the same time that he went on his first tour. Now, he is in the process of releasing new music. 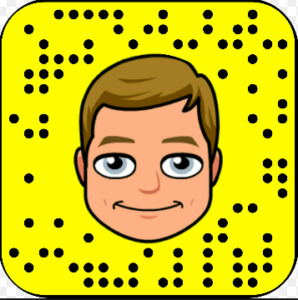 If you would like to add Johnny Orlando to your Snapchat account you can do so by clicking here.

The young singer has over 1.3 million followers on his official Facebook page for his brand. He joined the social media page way back in April of 2012 before he even turned 10.

Johnny joined Twitter in January of 2012 and has gathered over 746,000 followers on the platform. He has tweeted over 11,000 times and uses it to post random thoughts as “if u don’t like ice cream we can’t be friends” in between plugging his new single and album.

The famous teenager has 4.7 million followers on the photo-sharing app. He occasionally posts off the cuff selfies, but Johnny mostly uses the account to post quality professional pics of his travels or album covers.

Johny does not seem to be subscribed to the messaging app, or at least he’s not sharing his username with his fans.

Johnny posted his first video on December 5th, 2011. He was just eight years old at the time. Since then, his videos have gotten 383,227,687 views. He has grown as a singer by releasing his own music instead of cover songs. His growth has been appreciated by his 2.3+ million subscribers.