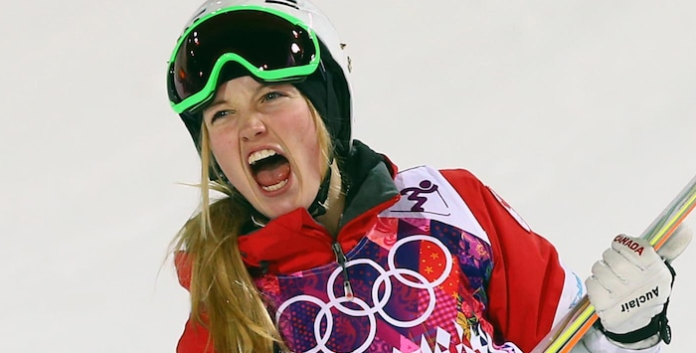 Who is Justine Dufour-Lapointe? Well she’s a Canadian Olympian and competes in freestyle skiing, she is currently attending the Pyeongchang Winter Olympics. Her professional career started in 2010/11 when she was 16 years old. Thanks to her training and influence from her family, she’s thrived in the professional ranks becoming the youngest ever female winner of the FIS World Cup.

She took the bronze at the FIS Freestyle Skiing World Championships in 2013. Justine then competed in the 2014 Winter Olympics, together with her older sisters. The sisters did an amazing job and took both the silver and the gold (with Justine taking the 1st place). Next season was another huge success for JDL. She won the World Championship, cementing her elite freestyle skier status.

Currently, she is competing at the Pyeongchang Winter Olympic Games. She won the silver medal in the freestyle mogul, bested by only Perrine Laffont of France.

If you are a fan of hers, you probably want to know what is Justine Dufour-Lapointe’s Snapchat username. Look no further, because that’s what we’re all about today. So without further ado, we’re presenting you everything you need to know about her Snapchat account and other social media profiles. 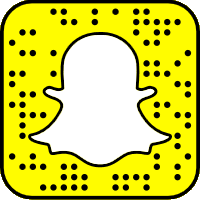 Justine Dufour-Lapointe’s Snapchat username is @DufourLapointe, kinda… You see, Justine is very involved with two sisters, so they have a combined Snapchat account. So if you want to follow Justine or any of her sisters on Snapchat, you can find them as @DufourLapointe. Feel free to add them by clicking on their username, or by scanning the above Snapcode.

Other than Snapchat, you can find the Dufour-Lapointe sisters on other sites as well. Here’s a list of the most relevant ones:

Justine Dufour-Lapointe Facebook Account – While she doesn’t have an individual page, you can find Justine on Facebook together with her two sisters, Maxime and Chloe. The Dufour-Lapointe sisters have over 150,000 followers on their page! Facebook is a great place to follow them, as they are very active on it.

Justine Dufour-Lapointe Instagram Username – Her only individual social media account is her Instagram, @justinedufourlapointe. She has over 63,000 followers on it and posts new updates every couple of days.