Kaillie Humphries is most well known for her work on the Canadian bobsledding team. She won the gold medal in the two-woman bobsledding event two Olympics in a row and returned to the 2018 Winter Olympics to attempt to do the same. Because she won in both the 2010 and 2014 Winter Olympics, she closed out the ceremonies of the 2014 games as flag bearer.

How Kaillie Humphries Got Famous

She was born on September 4, 1985, in Calgary, Alberta, which is in Canada. She began her career in alpine ski racing but had to stop after she broke both legs in two different crashes. She started bobsledding in 2002, although she was a brakeman, to begin with. That is the position at the back of the sled – as the name suggests, it’s the person that starts the sled and pulls the brakes at the end of the competition. She made it to the 2010 Vancouver Olympic Games, and then the 2014 Sochi Winter Olympics, and she placed Gold in both. Kaillie made it to the 2018 Winter Olympics for the two woman bobsledding competition. 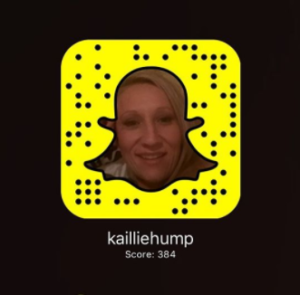 If you would like to add Kaillie to your Snapchat account you can do so by clicking here.

Kaillie does not have a public personal Facebook profile, opting instead for the usual official page. Her official page is followed by 5,891 people. She posts lots of updates about her Olympics training and keeps her fans updated with all of the interviews she has been doing. Her Instagram account is linked, and many of her photos of cross-posted from that.

Kaillie joined Twitter way back in December of 2010. Since then, she has posted over 6,600 times. She posts often, using it as a platform to share her thoughts and feelings.

Kaillie has 16.8 thousand followers on the photo-sharing platform. She posts lots of awesome pics of her bobsledding career.

She does not have her own YouTube channel, but there is still plenty of interviews and other content that you can find about her on the platform.