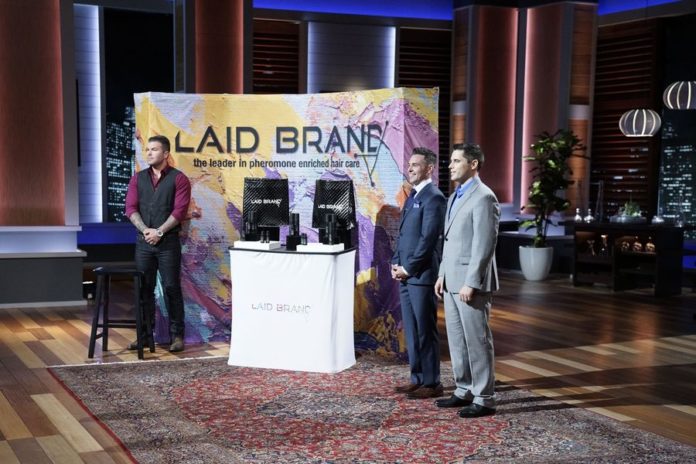 Coming into the Shark Tank are a trio with a business that hopes to capitalize on mankind’s desire to be attractive. All three are dressed very dapperly. Meet Adam Rauch and Derek Shaw, the founders of Laid Brand. They are looking to find an investment of $30,000 in exchange for 30% ownership in their business. Laid Brand helps people to get noticed for all the right reasons – with pheromones. Whether you’re trying to attract a mate or get that extra boost of confidence, pheromones can help you achieve those desires. They are the first and only line of professional hair-care products with a proprietary blend of intoxicating pheromones specifically designed to make you feel confident, beautiful, and create positive social reactions from those around you.

When a Laid Brand girl walks into the room, she instantly gets noticed. And sure enough, a Laid Brand woman steps into the room. She gets the attention of the cute guy in line for coffee because she exudes beauty on the outside. A Laid Brand Girl nails her job interview because she believes in herself. But Laid Brand just doesn’t smell good, it leaves your hair looking absolutely stunning. So you have all these pheromones flying around and hopefully, those pheromones entice the Sharks into bringing Laid Brand into the world.

The Laid Brand girl takes a seat on the stool, and the third unnamed member of the trio starts to rub Laid Brand product into her hair. Jacqueline, the model, then hands out samples to the Sharks to get some of that “phero-fabulous” fragrance and see what they like. Jacqueline takes five bags, one for each of the Sharks, which contains three of Laid Brand’s women’s products. Across the line, all of the products will protect and enhance color and will protect, hydrate, and repair hair. They are also paraben-, sulfate-, and cruelty-free, making for a wholesome hair care product. 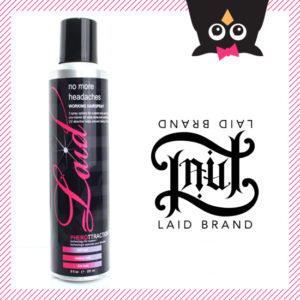 Robert starts by asking what a pheromone is. Adam explains that pheromones are chemical messengers that are excreted through sweat and other bodily fluids. Each person is unique. However, Kevin speaks up and says that in letters from Napoleon Bonaparte, which were discovered decades after his death, there were many letters to his lover Josephine. When he was on the campaign and he’d known he won the battle and would return home soon, he would send a runner all the way back to her. The runner would tell her to not bathe for a week because he wanted the full essence of her when he finally arrived home. This was the very first use of the human pheromone in documented letters.

Lori says that this is disgusting, but Barb says that she doesn’t even believe it. Robert jokes that this is why Kevin doesn’t shower or bathe himself. Robert then asks about any challenges with the name Laid Brand. Would a woman want to be a Laid Brand kind of girl? Absolutely, Adam says. He would be shocked at the provocative nature of the naming of all cosmetics now. Adam doesn’t get it, but when he walks into Sephora and sees all the millennial girls hovered around “The Urban Decay” and the “NARS” and not the old-school stuff. Barb then asks why Laid Brand isn’t a guy’s brand, and Lori says that she thought the brand was made for men, too. Robert and Mark also agree.

The Laid Brand had a genesis, which evolved from the one starting product which originally was for men. For the full timeline, Derek started a product line in 2010. He got to a certain point and said he needed help, so he found Adam. Adam had worked for big companies in beauty care for 13 years, mostly on the female side. Adam recognized that Derek had more than a single product, and he has a potential brand and even lifestyle. They launched a couple different pilots for males and females, all with different types of pheromones, and sold $27,000 in the first six months at one salon and e-commerce. 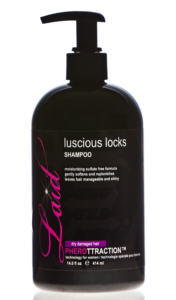 Robert asks about sales over the last three months. Adam confidently answers zero, and this is because they stopped. All the Sharks are curious why, and Derek says this is opposite. They had to formulate the products and test them in the market for awhile before they even went to another salon. He was dying because he wanted to go and sell it, but he couldn’t because the products needed to be good. Kevin jokes that he’s worried Derek will spontaneously combust. Mark urges them to focus up, and Derek says that their situation is unique because nobody else is doing it. However, Mark begs to differ.

The name “Laid Brand” is unique, but the idea of using pheromones is not. In hair care, it is, but Mark begs for them to put it aside. Have they talked to women? Lori is also curious, asking about market research to prove that women like it and respond to the stimulus in a positive way. They received feedback from their salon and online sales, and they did sell internationally. The Sharks would be amazed at the pheromone community, but they’re already shocked by the idea of there being pheromone followers.

The pheromone community is out there, and they are huge in products in Europe. Robert begs to speak and starts by telling Adam and Derek where he stands. Adding pheromones to a product is not unique, he starts. It’s not difficult and it’s not proprietary, and most importantly, he likes to invest in people that have a lot of energy. To be honest, Adam and Derek were very flat and had no energy and – he’s joking, of course. But in reality, investing and recovering his money in Laid Brand would be a challenge, so he’s the first Shark out. 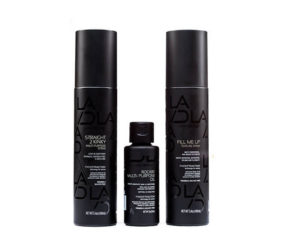 Lori then says that nobody thought to ask them the price of a bottle of product. Derek says that their average cost of a bottle, their entire product blend, is $2.50 to produce. The cost to buy online is $24.99, but Kevin says those margins are fantastic. This is why they have so much competition. They said it earlier themselves that when they walk into Sephora and have been on the ground floor of a large department store, that they see lots of products. This is the most valuable retailer space on the planet, and they do not let “small guys” in. They can bounce off the walls all day long, but they won’t get shelf space. Kevin is the next Shark out of the deal.

Lori says that she sees so many problems with Laid Brand. First, there is huge competition in the hair-care industry. Second, she sprayed it on herself a little. She didn’t smell anything. She sprayed it on Kevin, and it didn’t do anything. There’s so much that Laid Brand is up against, and it’s a colossal amount of work. She is the third Shark to exit the deal. Mark speaks up next, saying that he frankly disagrees with Kevin. He thinks that they can grind out a living, but will it be huge? Who knows. However, $30,000 doesn’t get them in the door for even 10 salons. For that, Mark is out of the deal, leaving just Barb left in the Shark Tank.

Kevin speaks the truth, and he says that he disagrees with Mark. He does not see how they can grind out a living unless they aren’t eating or paying rent. Mark then says that Kevin has never seen hard work, so he wouldn’t understand it. Barb, the last Shark remaining in the deal, speaks up. She doesn’t doubt the sincerity of Laid Brand for a moment. They’re extremely genuine. But, there is a huge problem – she feels like a walking sex goddess out in public. Women are attracted to her, men are attracted to her, all the people are attracted to her. She can’t even imagine what she would do by putting the spray on herself.

In short, she’s honestly afraid of the pheromones. So, Barb is the last and fifth Shark out of the deal, leaving Derek and Adam without an investment in their Laid Brand line of hair-care products. Try as they might, Laid Brand will have to continue the grind of bringing a pheromone-enhanced hair-care product to shelves near you.

Laid Brand does not seem to be in an impressive place. Their website is incredibly outdated and points to the air date of their episode. This was on May 12 of 2017 (at 9 pm eastern, if that matters). They have not followed up on their appearance, and appear to have gone quiet for several months since then. With that said, their products are available to purchase on their website still. The three products that were demonstrated on Shark Tank are available to purchase on their website ( https://laidbrand.com/product/rockin/ )

These three products include the “Rockin’”, “Fill Me Up,” and the “Straight 2 Kinky” spray. These can be purchased solely from the Laid Brand website and do not make an appearance on Amazon, surprisingly. All of these products are listed for sale at $24.99, which seems like a… below average deal. The products are given rather lazy details. For example, the Rockin’ Multi-Purpose Oil’s description includes that it “creates immediate shine and conditioning,” has “very light, non-greasy oil,” and is “pheromone enriched.” There are two reviews on the Rockin’ product page, both of which are dated back to 2016.

I don’t feel like I need to go into any further details, as the other two product pages are just as lazily created. The two other products have only one review each, which also date back to 2016. Laid Brand is in a very weird place, but it seems that the product line is failing. I would exercise extreme caution in trying to order from the Laid Brand website, as I would not find it surprising to learn that their customer service and fulfillment departments are ghost towns.

Their blog has two entries on it, as well. The first entry is dated May 2, 2017, and raises awareness about the episode of Shark Tank which Laid Brand appeared on. The second blog entry is dated May 15, 2017, and talks about how Derek Shaw sat down with a local ABC news agency and talked about his failing product line. These are not good indicators of a healthy, thriving brand.