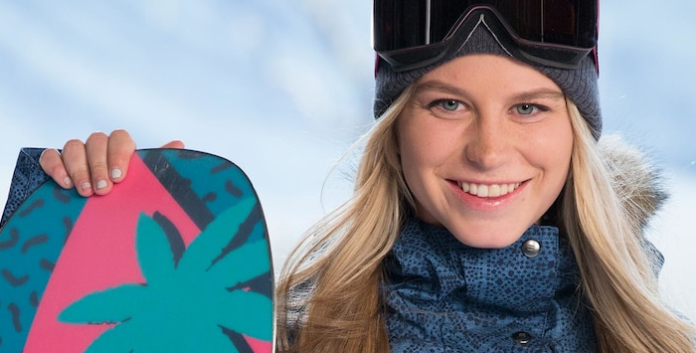 Maddie Mastro is a 17-year-old snowboarder from the United States, currently ranking as the 9th on the World Snowboard Tour ranking. Today we’re taking a look at her young career, and finding out where to find her online. So if you’re interested in finding out what is Maddie Mastro’s Snapchat account, keep reading!

Mastro started skiing when she was just 2 years old (!) and switched to snowboarding at 6 after her parents bought her a pink board. During her early days, she snowboarded together with Hailey Langland and Chloe Kim. Nowadays all three of them are Olympic competitors!

She mentioned being inspired by the 2010 Olympics, especially by Torah Bright’s performances. Maddie was quoted saying that something simply clicked for her, and she decided that the Olympics are where she wants to be.

Mastro left the amateur ranks in 2016 and achieved great results at the U.S Grand Prix and X Games Oslo competitions. She also landed several other high placements, namely at the Winter Games, Copper Grand Prix and Dew Tour. Maddie is currently competing this year’s Winter Olympics at Pyeongchang, and we wish her best of luck!

If you are here for Maddie Mastro’s Snapchat, we have some good news – it’s coming up right next. Her popularity is surely growing each day, so adding and following her on social media right now is surely a good idea. Let’s check it out! 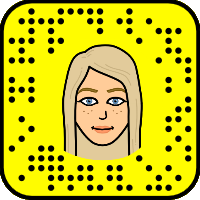 Maddie Mastro’s Snapchat username is @Maddie_Masteo. You should add her by either scanning the above Snapcode or by clicking on her username that we have linked! Have fun!

Maddie Mastro Facebook Account – Maddie’s official Facebook page counts only about 1200 followers, for some reason! She posts updates every couple of days, so we’re sure why she doesn’t have more followers.

Maddie Mastro Instagram Username – Her Instagram page is probably the best place to follow her on. With 35,000 followers, it is her most popular profile, and it makes sense it’s the most active one. Which it is. Maddie posts updates at least every few days, so be sure to follow her on Instagram, @maddie_mastro.