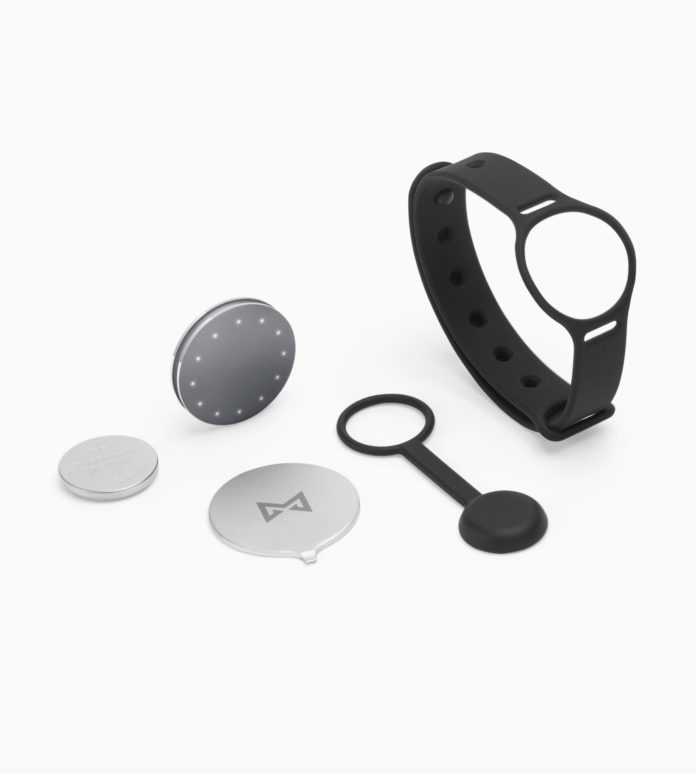 Misfit is well known for their chic trackers and flashy fitness smartwatches, and along with Jawbone, are the potential usurpers of the Fitbit throne. Misfit has a huge and wide variety of different trackers, and today I’ll be reviewing the Misfit Shine, one of the cheapest trackers that Misfit sells. Coming in at just $19.99, it’s cheaper than Fitbit’s cheapest tracker, the Fitbit Zip. $19.99 almost seems too good to be true, for a tracker that claims to tell the time, and track your every move, including your sleeping habits. Misfit is a well known company, but the sheer number of products they sell may impact the quality of each individual product. The Misfit Shine promises a lot, but will it really shine? Read on to find out.

As is expected at $20, the Misfit Shine is the cheapest tracker in it’s inventory. However, unlike the Fitbit Aria, the cheapest tracker from FitBit , the Misfit Shine is able to track your sleep, as well as your steps. Moving up the range from Misfit actually seems like a little bit of a downgrade, with the $59.99 Misfit Flare left without the capability to tell the time. The cheapest product from Misfit that can both track activity and tell the time is the $89.99, which packs a full analogue timepiece in with the tracking capabilities.

The $19.99 Misfit Shine can tell the time, but it’s method of doing so is a little complicated. For 4:43, the Misfit will show the 4 LED, and the 8 LED will flash 4 times (0+1+1+1=3). For most people, that should be enough, but it’s a bit of a hassle if you’re trying to get the time quickly, and the time happens to be 4:24. If you can put up with the hassle, the Misfit Shine can completely replace your watch, and act as a fitness tracker too.

The Misfit Shine is chic and elegant in every way. It has an extremely low profile, and the design is minimalistic to say the least. In fact, the only changing display on the Shine is the twelve dots that show you your activity progress and the time. It’s not a flashy device, but for $20, it’s a good execution of minimalistic, utilitarian design. It’s also incredibly modern, so it doesn’t look like the watch of days gone by, or yesteryears pedometer (looking at you there, Fitbit Zip). The downside of it’s small profile is that it is a little dainty, so if you’re a big guy (unlike me) with big wrists, it may look out of place. Otherwise, it’s one of the nicest looking trackers I’ve seen, aside from the flashy Fitbit Flex 2 bangle, although that doesn’t even tell the time.

The display on the Misfit Shine is made out of an array of 12 LED holes, which give you information on your progress towards your activity goal, and the time. The time isn’t as precise as you’re used to – the 5 minute interval is a little imprecise in comparison to normal watches, but at least it has the capability. This ever so slightly pushes the Misfit Shine into the smartwatch range, since it is 1. smart, and 2. able to tell the time, but I wouldn’t be so optimistic to as to call it that. Overall, the design is spot-on, and I doubt you could a better designed tracker for $19.99 – especially from a reputable company, like Misfit, Jawbone, and Fitbit.

The Misfit Shine comes with all the basic tracking sensors that come with every tracker – it can track your walking, cycling, and even swimming, as well as your sleep. Extrapolating from the raw data, it is also able to show you your calories burned, and the distance which you cycled or ran. Unlike some of the more expensive trackers and smartwatches, Misfit Shine doesn’t have a rechargeable battery. Instead, it uses a replaceable button cell which needs to be changed every 3-4 months. This means that you’ll never have to take the Misfit Shine off, since it’s also water resistant. While it is nice to not have to charge the battery, it also means that you’ll be buying button cells every few months, which could become costly, depending on where you buy them from.

The standout feature of the Misfit Shine, as well as being a tracker, is that it can also tell the time, to a certain extent. It’s able to tell the time to the nearest five minutes, which is ample precision for the average person at a glance, and if you’ve got time, you can watch the minutes flash the corresponding number of minutes extra. It’s great, since it means that if you usually wear a watch, you can replace it with the Misfit Shine, so you don’t end up wearing a watch and a tracker at the same time. Still, it isn’t as large or have the presence of a flashy watch, it looks very much like a normal tracker, as thin and as light as it is. Overall, the Misfit Shine punches above it’s weight, offering a myriad of features, at a price point much lower than it’s competitors.

The Misfit Shine, although small, is excellent at tracking your activity. From steps to calories burned, it can show you all the statistics that will motivate you to push further. It’s sleep tracking is good, but it isn’t as accurate as the activity tracking. This is to be expected, as the Misfit Shine doesn’t have access to your heart rate, since it simply uses an accelerometer to track how often you move while you’re sleeping. Sleep tracking generally isn’t too accurate anyway – my Apple Watch, which has access to both my heart rate, my phone usage, and an accelerometer, still isn’t too accurate when it comes to sleep. Remember, the Misfit Shine is just $20, so even if the sleep tracking is passable at best, it’s still an excellent deal, considering it’s price tag and the amount of features it has.

The Misfit app, available for both iOS and Android is one of the most well designed fitness tracker apps available, with a beautiful circular dial showing you your progress towards your activity goal, with a few important metrics underneath it. Flip it over to sleep, and you’re greeted with a similar radial design, showing you your sleeping habits for the night. If you want more in depth data about when your active spots were, you can change the dial to a graph, which shows you your activity over time. It’s slightly more informative, but in my experience, it’s nowhere near as rewarding as trying to make the dial close, much like “closing the rings” on the Apple Watch. Syncing is excellent and works flawlessly, so overall, the tracking and the Misfit app are excellent companions for the Misfit Shine.

I’ve mentioned this previously in the article, but I think it’s important to recognise that the Misfit Shine is able to act as a watch. Being just $20, it’s probably one of the cheapest watches around, let alone a fitness tracker. As well as being a watch and fitness tracker, it’s also waterproof, up to 50m. That’s simply astounding, given the number of normal watches which are waterproof to 50m. In fact, Misfit touts that you should be able to swim with the Misfit Shine on, much like the Apple Watch Series 2 and 3. If you need a light and durable tracker, the Misfit Shine is perfect, as I haven’t seen this level of waterproofing in such a cheap tracker. By contrast, the cheapest tracker from Fitbit is $59.95, which isn’t waterproof and doesn’t track sleep.

If you thought the Misfit Shine looked a bit boring, as a circle blob with 12 LED’s on it, you’re in luck. For starters, the Misfit Shine is available in 5 colors – Red, Champagne, Coral (Copper), Jet (Black), and Wine (Crimson). The colours noted in brackets are my own interpretations of the color, as Coral can be a bit of a misleading color name. In addition to these five colours, you can customise the Misfit Shine in a near infinite amount of ways. In fact, the only thing that has to stay the same is the Shine itself – a quarter sized disc. If you’re a handy person, you can fashion your own clips or housings for the Shine.

The amount of accessories for the Misfit Shine is simply astounding, and it’s an excellent execution of customisation. For starters, you can opt for a more robust watch-like appearance, with a leather band. If you want, you can even wear the Misfit Shine as a stylish and sparkly pendant. Or, if you’d rather hide the Shine, you clip it to any piece of clothing. If you’re feeling extra flashy, you can even buy the Swarovski Shine Slake Bracelet, which is absolutely stunning. It’s modelled closely to their other bracelets, and the Shine fits right in, making the Misfit Shine a piece of jewellery. This level of customisation propels the Misfit Shine to be one of the most versatile trackers I’ve come across, with it’s capability to be a watch, a pendant, a bracelet.

With the stock plastic sport band, the Misfit Shine isn’t the most comfortable of trackers, but it’s certainly sturdy. The clasp is similar to that of the Apple Watch, and although the strap is thin, it’s enough to keep the weightless Shine from falling off. If you find the Misfit Shine in it’s stock configuration to be uncomfortable, that’s easy to remedy, as you can use a clip to fasten it to clothing, or buy a different band for it. Just be careful not to lose it, the Misfit Shine is absolutely tiny – the size of a quarter.

The Misfit Shine has some of the best value for money of any tracker on the market today. It’s a tracker, a watch, a pendant, a bracelet, and a smart alarm rolled into a $20 package, with smartphone connectivity. It’s also waterproof, and has a 4 month battery life. I’m not sure why everyone doesn’t have a Misfit Shine on their wrists already – if I didn’t own an Apple Watch I’d get one straight away. As a minimalistic and wacky watch alone it’s worth the $20, never mind the waterproofing, smartphone connectivity, and sheer customisability. I’m not sure it gets any better than this, especially at the limited time $20 price Misfit is selling it for as of the time of writing.

The Misfit Shine is one of the best, if not the best tracker I’ve ever reviewed. It has a huge array of different features, and functions as watch and tracker, as well as pendant or bangle with the right accessories. The Shine’s tracking functionality is superb, and the app is incredibly well designed. It’s also one of the most versatile platforms I’ve seen, and it’s all in the size of a quarter. If you’re looking for a cheap fitness tracker, the Misfit Shine is a sleek device that punches far, far, above it’s weight.