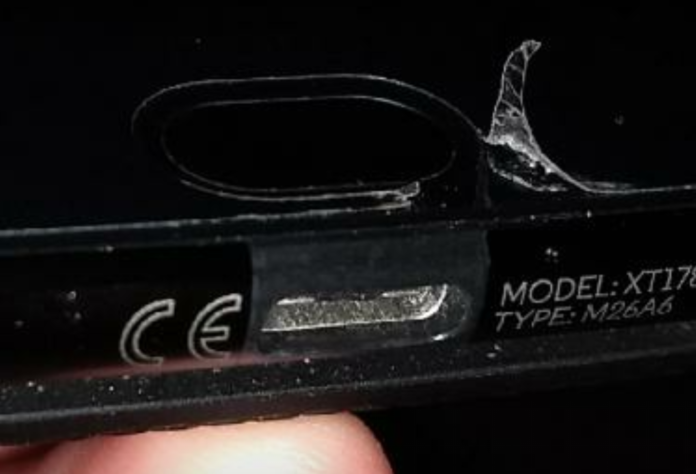 The Moto Z2 Force, which is part of the popular Moto Z series, brings a tough screen and high-end specs. One of its biggest selling points is its shatterproof screen, which can survive drops and other impacts.

Motorola uses a five layer protection system to give Moto Z2 Force users a tough screen. The screen is supposed to be unbreakable but it appears that it is destructing itself. The top of the layer is pretty much a screen protector but the layers under it are peeling off.

The issue leaves screens looking like a badly installed screen protector, with bubbles and protector hanging off near the home button and corners. The complaints only involve Moto Z2 Force smartphones, one of the variants that the Moto Z series offers.

Images show the issue being very small in some devices while in others the phone screens have been nearly ruined, with the screen peeling all around. The issue appears to be one that gets worse with time as the screen continues to peel off, making it look even worse.

Motorola has not commented on the issue but some of the people who have already complained are not happy with what the company is doing. According to the users, the company is charging them $50 to repair the screens. The big problem with this is that the Moto Z2 Force was released less than a year ago, so the devices are still under warranty. A lot of these customers also bought the phone for its shatterproof screen, making things a little more embarrassing for a device that is said to have one of the toughest screens on the market.

In other Motorola news, the company has started releasing the Android 8.0 update for several devices in Australia and New Zealand. The devices receiving the update are: Moto Z, Moto Z2 Play, Moto Z Play, Moto G5, Moto G5 Plus, Moto G5S, Moto G5S Plus and Moto G4 Plus. The Moto G4 Plus was not going to receive the update but the company changed its mind after criticism by some users.