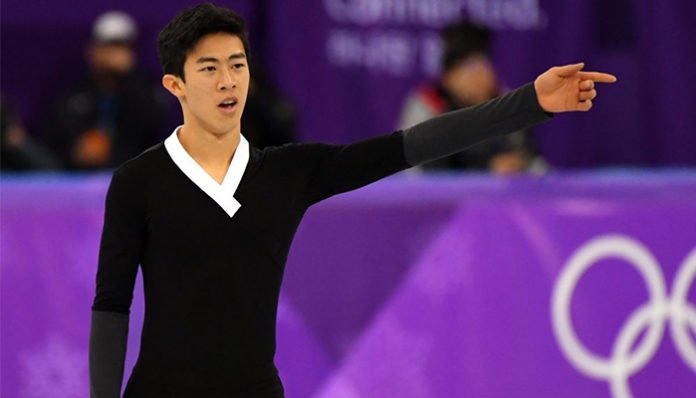 A Four Continents champion, Nathan Chen recently helped Team USA win a bronze medal in the Team Event at the 2018 Winter Olympic Games. Prior to that, he had also finished first in the men’s singles event at the Grand Prix Final, which took place in December 2017.

Hailing from Salt Lake City, Nathan Chen has been skating since the tender age of three. Having developed a passion for the sport over the next few years, he eventually participated in his first figure skating competition in 2003.

Highly talented, his skills on the ice first began to garner attention from the public after he won first place at the Junior Grand Prix Finals during the 2015-16. Prior to that however, he had also medalled at the World Junior Championships.

By the 2016-17 season, Chen had made his senior debut on the international circuit, with four different types of quad jumps in his arsenal. At the subsequent 2017 U.S. Championships, which were held in Kansas City, he successfully landed five quad jumps in the free skate- making him the first person to have ever achieved such a feat.

At the 2017 Four Continents competition, which took place in February, his performance also won him the gold medal, with a total score of over 300 points. From there, he was eventually named to the United States Olympic Team for the 2018 Winter Games in Pyeongchang.

During his Olympic debut this month, he successfully helped his team to win the bronze medal for the Team Figure Skating event. As far as the individual event goes, he placed fifth overall, with a total score of 297.35. During the free skate segment, he made Olympic history by attempting to six quad jumps in competition (five of which were landed cleanly). 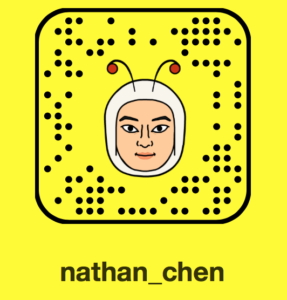 If you want to know what the skater is up to when he isn’t at the rink, why not follow him on Snapchat? You can add him to your friend’s list by clicking here.

You can check out his official Facebook fan page at @NathanChenFigureskater

From what we can tell, Nathan Chen does not have his own YouTube channel