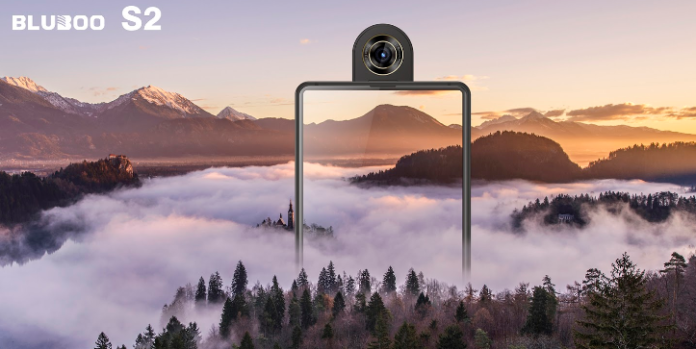 The new BLUBOO S2 is making the rounds as information is leaked ahead of the MWC 2018 event. The MWC is going to be held in Barcelona, Spain, beginning on February 26. While there are many devices and manufacturers going to be in attendance, BLUBOO is one of the shining stars of the event. The Huawei P20 and the Samsung S9 will also be featured at the event, but it is the BLUBOO S2 that people are very excited about. Here is all of the leaked information we just got about the new BLUBOO S2. 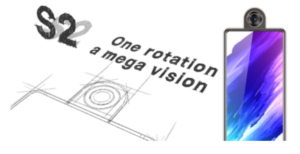 With the iPhone X, Apple decided on a compromise and put a small notch at the top of the screen. The Chinese smartphone manufacturer BLUBOO, has decided to take an even better approach to the issues concerning a full-screen design. The solution from BLUBOO was to make a rotating camera, which is going to be featured on the BLUBOO S2. That means the selfie performance is going to be much better since the rear camera can move up to be used as the front-facing camera. As we all know, the rear-facing cameras are much higher quality than the front-facing ones. The bezel is also going to be a lot narrower, giving a better full-screen design.

If you have not heard about BLUBOO before, we have taken a deep look at a ton of these Chinese smartphones over the last year. BLUBOO focuses on making high-quality smartphones at an affordable price. The BLUBOO S2 is showing more than ever how the company is focused on the higher-end market. The rotating part of the camera will be made from a very special material. This will allow the rotating camera to be used more than 100,000 times. The camera itself is going to be either a customized Sony camera or a verified 21MP camera made by Carl Zeiss. The phone will also have 6GB RAM or more and will have a very powerful Octa-Core processor. 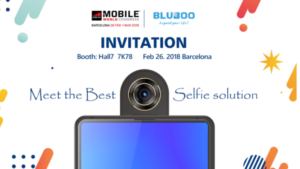 We are super excited to see the BLUBOO S2 in action during the MWC 2018 event in Barcelona. There will be more details about this phone released at that time, and a new BLUBOO smartphone will also be unveiled during the event. If you would like to know more information about BLUBOO or the new smartphones such as the BLUBOO S2, click here to head to the BLUBOO website.