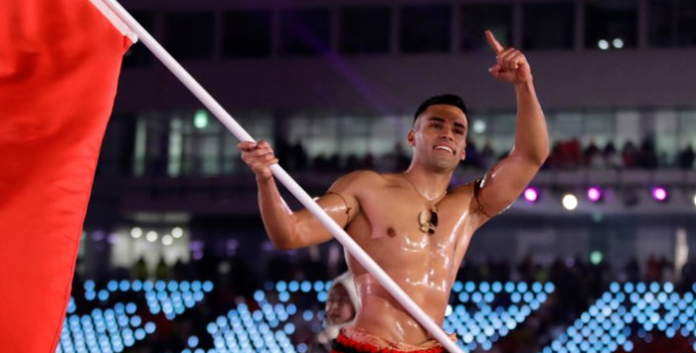 Pita Taufatofua is a Tongan-Australian skier and taekwondo martial artist, currently competing at the Pyeongchang Winter Olympics. He was born in Australia in 1983, but moved and was raised in Tonga. Taufatofua started training taekwondo at just 5 years of age.

His taekwondo career’s story is a troubled one, with multiple serious injuries throughout it. He broke six bones and spend three months in a wheelchair. Pita managed to overcome all of that and became the flag bearer for Tonga at both 2016’s and the current Olympics. During the 2016’s ceremony, he started trending on the internet due to being shirtless and oiled up while waving the flag. He didn’t make it too far in the tournament, where he was eliminated in his first bout. 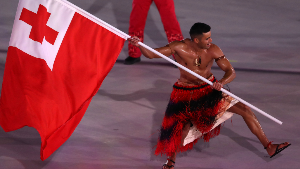 He repeated his shirtless presentation at this year’s Winter Olympics, despite the low temperatures. Tofua competed in the 15km freestyle skiing race, and he came up at the 114th spot (out of 119).

Tofua was quoted saying that he trains six hours each day. The athlete has an engineering degree and has worked as a model for years.

Next up we’re taking a look at Pita Taufatofua’s Snapchat and other social media profiles. Let’s get started!

Unfortunately, Pita Taufatofua’s Snapchat doesn’t exist, at least not yet. There’s no mention of it on any of his other social media profiles. Which basically confirms it simply doesn’t exist. If that changes, we will be sure to let you know.

While you’re waiting, you might want to check some alternatives:

While you won’t have much luck regarding his Snapchat, Pita can be found on other social media profiles instead. Here’s a list of the most popular ones:

Pita Taufatofua Facebook Profile – Pita’s Facebook page has around 34,000 likes, but for some reason isn’t verified. It is one of the best places to follow him, as he is very active on the page.

Pita Taufatofua Twitter Username – His Twitter username is @PitaTaufatofua, where he only has around 4000 likes. While he is relatively active on it, he seems to care more about his other social media profiles than Twitter.

Pita Taufatofua Instagram Username – Tofua’s official Instagram username is @pita_tofua. It has a whopping 171k followers, and he is very active on it as well. You surely won’t regret the follow.