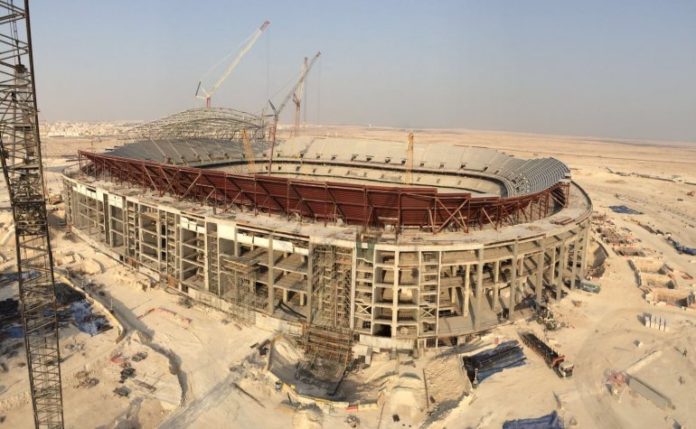 Qatar could lose the rights to host the 2022 edition of the World Cup, according to Saudi Arabia’s Sports Minister Turki Al-Sheikh. The sports minister also suggested the US and UK as replacement hosts. The US and UK have shown interest in hosting the tournament in previous editions. The US has already announced a joint bid for the 2026 edition.

The announcement of the 2018 and 2022 hosts has been heavily criticized. The recent picks have been surrounded with allegations of corruption and vote buying. The winning bids were announced in 2010, with Russia winning the rights over England and Qatar winning it over the US. The sports minister said in a tweet that England is the birthplace of modern football. He added that the US has a tremendous experience in hosting sporting events. England hosted the event back in 1966 while the US hosted in 1994.

The Qatar pick has been a lot more controversial since there is a few issues with hosting the tournament there. In 2015, FIFA confirmed a new start date for the tournament, which will begin on November 21, 2022 and end on December 18, 2022. The tournament usually takes place during June and July but FIFA has decided to move the start date for temperature reasons. The country has also been criticized for the working and housing conditions of the workers involved in the construction of stadiums.

Qatar completed the renovation of one of its stadiums last year. The Khalifa International Stadium, which opened in 1976, is ready five years before the event begins. Air conditioning was one of the major additions to the stadium, which has a capacity of 40,000. The country will reportedly have eight venues for the tournament.

In June 2017, several countries, including Saudi Arabia, cut diplomatic ties and transport connections with Qatar over allegations that they support terrorism. Qatar said shortly after the announcement that there was no legitimate justification for the move. The Foreign Affairs Ministry added that the country had been a victim of a campaign of lies.

Apr 2, 2020
The coronavirus situation has brought even more problems to Venezuela, which is currently in the middle of a political and economic crisis that appears...