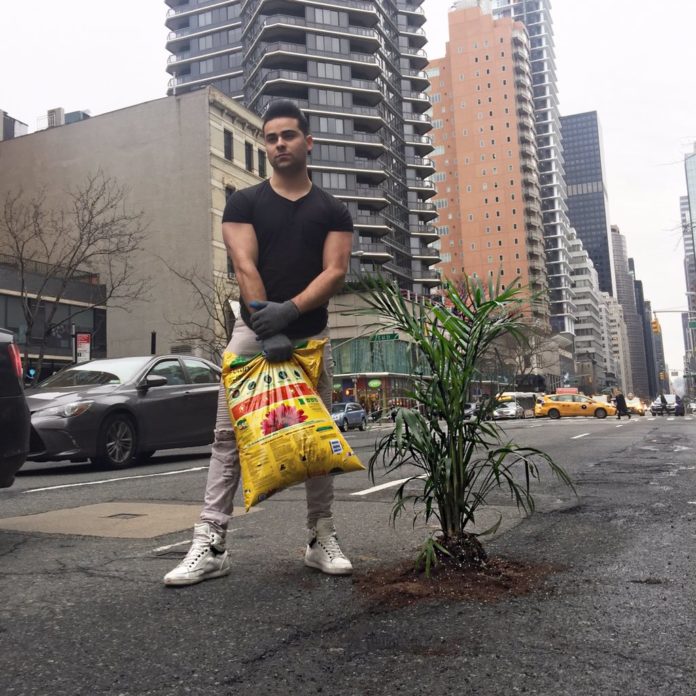 Potholes are a problem as they can lead to accidents or leave damages to a car. But one YouTuber has come up with a unique solution to help drivers avoid them. Coby Persin, a YouTuber with 3.7 million subscribers, decided to plant trees in New York City potholes.

The YouTuber explains in the beginning of the video that he came up with the idea when one of his tired popped after driving on a pothole. In the video, he takes several plants through the streets of New York City and begins planting them on the potholes. One man is seen telling him that it is a good trend to start while another describes the idea as beautiful. Several people are also seen taking pictures of the potholes with plants.

During the video, the YouTuber also asks a man about his idea and he responds by saying that it is the sickest idea he has ever seen. The different sized plants were planted in several potholes in New York City roads. The video shows all the cars avoiding the plants, which were placed in the middle of the roads and near parking spots and bike lanes.

The idea receives the approval of many people, including a driver, who gives a thumbs up to the camera. The video, posted three days ago, has over 135,000 views and 10,000 likes.

Coby currently has 80 videos on his YouTube channel, with most of them being social experiments. In one of his most popular videos, a homeless man asks for a phone to make a call. He is ignored by many people who just keep on walking but when someone finally helps him make a call, he contacts a person to pick him up. A luxury car arrives to pick him up, leaving those standing nearby shocked. In other videos, he picks up Uber riders in some of the world’s most expensive cars, including a Bugatti Veyron and Lamborghini Aventador.

There are plenty of social experiment videos on YouTube but I have to say this is one of the most interesting ideas I have seen in recent months. New York City officials said in March 2015 that the city had filled more than 158,000 potholes between December 2014 and March 2015. Estimates say potholes cost drivers hundreds of dollars each year.