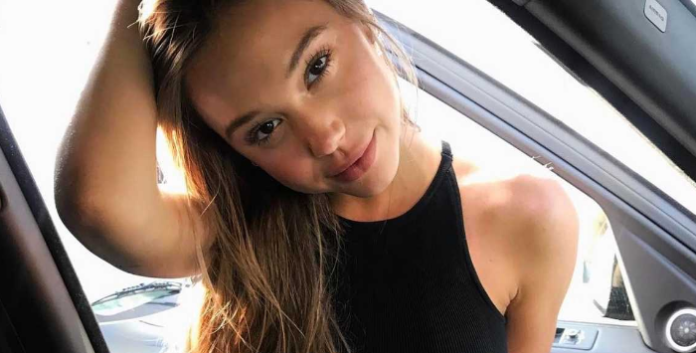 Alexis Rene Glabach, better known just as Alexis Ren, is a popular American model and a social media celebrity. She grew up in Santa Monica and is of Serbian, German and Irish descent. Her modeling career started fairly recently, due to the fact that she is only 21 years old.

So far, she has appeared in several publications. She was a part of the advertising campaign for Final Fantasy XV: A New Empire, a popular video game. Last year, she was one of Maxim‘s cover girls (precisely in August). And she was also this year’s Sports Illustrated’s Swimsuit Rookie. She owns an activewear clothing like called Ren Active.

Up next, we will take a look at Alexis Ren’s Snapchat username, and some more. So if you’re a fan, definitely keep reading. Let’s get started! 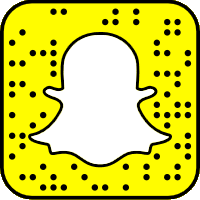 Alexis Ren’s Snapchat username is @Alexisreneg. To add the popular model on Snapchat, just search for the username in your app. You can also scan her Snapchat code from above, or click on the username. Simple! Have fun.

Of course, like all other celebrities, Alexis keeps an appearance at all the other major social media sites. We have compiled a list of her most popular profiles down below:

Alexis Ren Twitter Username – Her Twitter, @AlexisRenG, has 1.5 million followers at the time of writing. Unlike Facebook, she really seems to enjoy tweeting and is posting updates every couple of days. A little less than your average Twitter user, but oh well, we’ll take it.

Alexis Ren Instagram Username – You probably could have guessed this, but her most popular account is the one that’s focused on pictures and videos – Instagram. She has just under 12 million followers. Talk about a gap between IG and everything else. Her username is @alexisren.

Alexis Ren YouTube Channel – Alexis has a YouTube channel with 360k subscribers. The channel uploaded its first video 5 months ago and then stopped the activity. But it seems that she’s back now because she uploaded 3 videos in the last month alone! Definitely, the right time to subscribe and wait for new videos.