Bristol Woman Shocked By The Size of Amazon Package 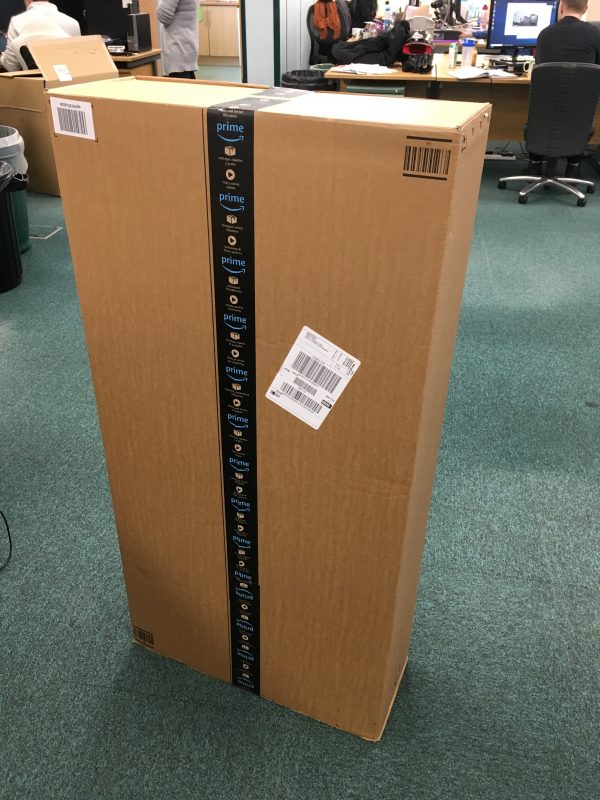 A Bristol woman who made an Amazon order was left shocked when she received a huge package. The item she ordered is small but the package is so big that she can fit inside of it. The woman ordered an extendable microphone pole, which was wrapped in 30 meters of paper.

Jade Nichtscales says that it seems strange that they would use this much wrapping but that it will be recycled for sure. The box is so big that she even took pictures inside to prove that she can easily fit in it.

The box is so big that it can easily fit several extendable microphone poles. She also took pictures of the wrapping, which she placed across the office to show how much the package brought. Jade, who works as a market researcher, is a little bit taller than the box but can easily fit inside.

The extendable microphone pole she ordered weighs just a little over a pound. The item is much smaller and thinner than the box. Jade says she couldn’t believe the amount of wrapping that came with it.

This is not the first time that an Amazon customer has shown pictures or complained about the size of a package. In recent years, several customers have shown the huge boxes and wrappings they have received for their small orders.

Back in December, an Amazon customer who ordered a button battery decided to do an unboxing video just to show how big the package was. He first thought the online retailer had made a mistake when the order arrived. The company did not make a mistake but did bring a button battery in a box that could fit hundreds more. The customer calculated that the box was big enough to fit 400 of those batteries.

A few weeks before that, another customer had complained that her order had way too much wrapping paper. That customer ordered one calendar, which was wrapped in 45 feet of paper. She told local media that the online retailer could have fitted at least ten calendars in there.

Amazon has said in the past that it is working to reduce the amount of packaging and wrapping used in the orders. Right around the same time last year, estimates revealed that Amazon was shipping three million packages a day.