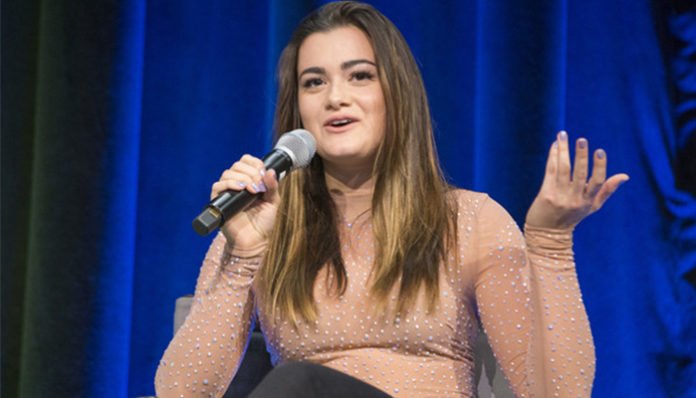 A beauty guru, CloeCouture is best known for her YouTube channel, which has over 3.6 million subscribers. Popular for her fashion and makeup-related videos, she has been active on the site ever since she was thirteen years old. Today, most of her uploads receive hundreds of thousands, if not over a million views each.

While she’s best recognized on YouTube, the 20-year-old can also be found on other social media platforms such as Twitter and Instagram. In fact, the muser has gained over one million followers on the mobile app to date. If anything, her popularity has only continued to skyrocket over the past year.

Taking that into consideration, how well off is she? With the audience that she has on YouTube, how much has she managed to rake in from her channel over the years? From the information that we found online, CloeCouture’s 2018 net worth is around $1.5 million. What percentage of this came from the success of her videos? Let us take a look below.

How did CloeCouture Make Her Money & Wealth?

Born on June 23, 1997, in Florida, CloeCouture is the second of three siblings, she has two sisters named Mia and Sage, the former of whom is also active on social media. Like most YouTube personalities, she joined the site in her early teens; more specifically, she had launched her channel in 2011, when she was thirteen years old.

Inspired by the success of many YouTube beauty gurus, she decided to post her own makeup tutorials to her channel; as such, most of her early videos were either beauty or makeup-related. Over time, she gained herself a decent following on the site. Ultimately, it was after her popularity took off that, she opted to switch her webcam for a high-quality camera.

From then until now, her fan base has grown tremendously- to date, she has accumulated over 3.6 million subscribers on her YouTube channel, with more than 417 million total views. Though she initially gained fame through her makeup tutorials, she has since shifted her focus to posting other videos such as challenges, vlogs, pranks, and more. Today, her most popular video, 100 Last Minute DIY Halloween Costume Ideas has been viewed nearly 20 million times!

Considering her popularity, it’s more than likely that she’s been monetizing her YouTube channel. As you probably already know, it’s easy for content creators to do so by displaying ads on their videos. Obviously, the amount of revenue differ from person to person; with that said, it would appear that the average pay ranges from $2 to $5 for every one thousand ad views. Assuming that CloeCouture earns $5 per 1,000 views, she would have already made ~$800,000.

In addition to her primary YouTube channel, she also has a vlogging channel, which you can visit here.

What else contributes to her overall income? For one thing, she also has her own collection of clothing which can be purchased here. Looking at the site now, a range of products are available from swimwear to activewear.

No, she is not married. As far as we know, CloeCouture is currently single.

Does CloeCouture Have Any Children?

No, CloeCouture does not have any children.

Did CloeCouture Go to College?

No, CloeCouture has not attended college. Instead of that, it appears that she’s chosen to pursue a full-time social media career.

What is CloeCouture Famous For?

CloeCouture initially rose to fame for her beauty and makeup tutorials on YouTube. To date, she has accumulated more than 3.6 million subscribers.

Unfortunately, we do not have any information on Cloe Couture’s location at this time.

What Kind of Car Does CloeCouture Drive?

At this time, details on CloeCouture’s vehicle is not available.

How Much Money Did CloeCouture Make Last Year?

CloeCouture’s earnings for 2017 are not available at this time.

Over the past year, CloeCouture has posted several videos to her YouTube channel, many of which have received millions of views. Some of these include Day in the Life of Barbie, Making Food out of Slime, Making a Jello Aquarium out of Candy, and If I Lived in a Gingerbread House.