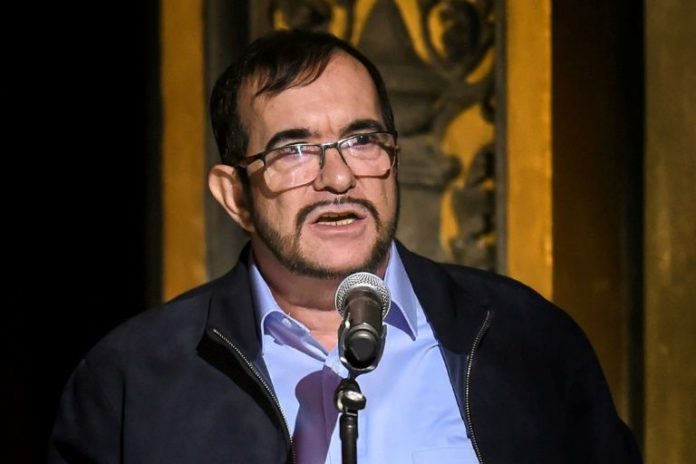 The presidential candidate of the former FARC rebel group has been transported to the hospital with heart problems, according to officials. Rodrigo Londoño, known as Timochenko, recently began campaigning for the upcoming presidential election.

In November 2016, the Colombian government and FARC signed a peace deal, ending more than 50 years of conflict. The agreement came less than two months after voters rejected the first deal. Before the deal, FARC was the largest rebel group in Colombia.

FARC is now a political party and has been guaranteed ten seats in the Congress through 2026 as part of the deal. The former rebel group has announced a presidential candidate and 74 candidates for the legislative elections.

FARC started campaigning less than two months ago but the political party announced temporary suspensions following angry protests. FARC, which officially became a political party in September 2017, made the announcement after some visits from their candidates didn’t go well.

FARC’s presidential candidate visited the city of Armenia to begin his campaign but was met by angry residents, who stood nearby as he walked through the streets with bodyguards. The situation got chaotic at one point as residents threw objects at his vehicle. Recent surveys have shown small support for the new political party following the more than 50 years of conflict. The peace deal has been heavily criticized by a large percentage of the population since the members never served prison time over the crimes throughout the conflict.

The former rebel group also decided to suspend legislative campaigns following the protests. At the time, FARC asked all political parties and political movements to reject these types of provocations.

Colombia’s presidential election will take place on May 27 and return for a second round on June 17 if a candidate does not receive the majority of the votes.