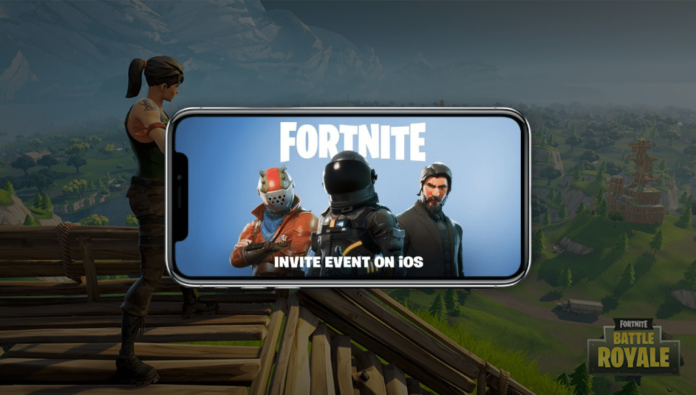 Fortnite’s popularity is at an all time high, with millions of PC, PS4 and Xbox One gamers battling in matches to get the win. But the game is also available for smartphones, well for iOS at the moment. The debut of the mobile version, Fortnite Mobile, has also been a huge success. It’s been so successful and addicting that gamers are now even playing the game in school.

In some schools, the game has become a huge problem as students are not only downloading the game and playing it but also teaming up with others in class to try to get a win. Several schools across the US are now seeing their students pay more attention to the game than to their classes.

The problem is so bad in some schools that they have taken action to stop the gamers from downloading the mobile version and teaming up in class. In some schools, the high amount of players is now causing Wi-Fi problems. The problems have forced schools to ban the game, leaving students with no option but to play the game at home.

Kotaku has posted a few tweets about the Fortnite problems at school. Two of the tweets are from users complaining that their school’s Wi-Fi is bad due to Fortnite Mobile. Other tweets mention that their schools have already taken action and banned the game from their Wi-Fi. The problem is not just being caused by Fortnite, several tweets also mention PUBG Mobile, a game that recently made its debut for smartphones. The two games are similar, with both having battle royale game modes where players battle it out in a large map. In one of the tweets, a teacher even posted his solution to the problem, a plastic container where students have to place their phones.

Fortnite is one of the most talked about games of 2018 and it is not difficult to see why. The game is free and very addicting since it takes several attempts to get a win. The super popular game recently arrived to iOS and will also be available for Android in the future. The game set a record last month when it had 3.4 million concurrent players. The previous record was held by one of its biggest rivals, PUBG, which was recently released on iOS and Android.