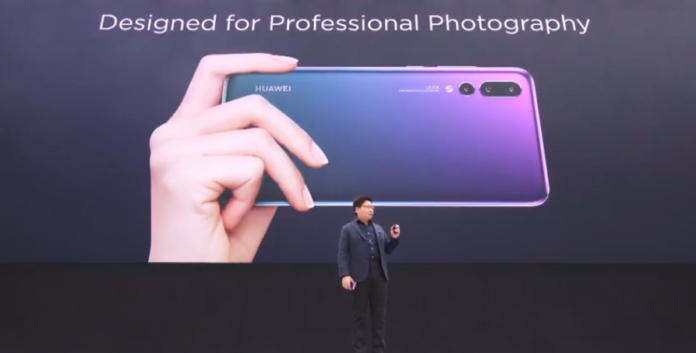 The Huawei P20 smartphones are now official, including the much talked about P20 Pro. The new devices all have solid additions and improvements but the P20 Pro easily stands out for having a few things we haven’t seen before.

The designs look exactly like the we had seen from the many leaks. There isn’t much on the back, with only the dual or triple camera systems. The Huawei and Leica branding are vertical, just like we had seen in pictures.

On the front, there is a notch, something that had also been rumored for weeks. The notch, which houses the front camera, is much smaller than the one on the iPhone X. On the bottom, there is a home button, which works as a fingerprint sensor.

Here are the specs of the Huawei P20 Pro:

The company also announced the Porsche Design Huawei Mate RS, which is pretty much a P20 Pro with better specs. The major differences are the 256GB and 512GB storage options and higher resolution display. This one will cost a lot more than the other Huawei devices. Price: $2,000.

What do you think about Huawei’s new smartphones? Let us know in the comments.