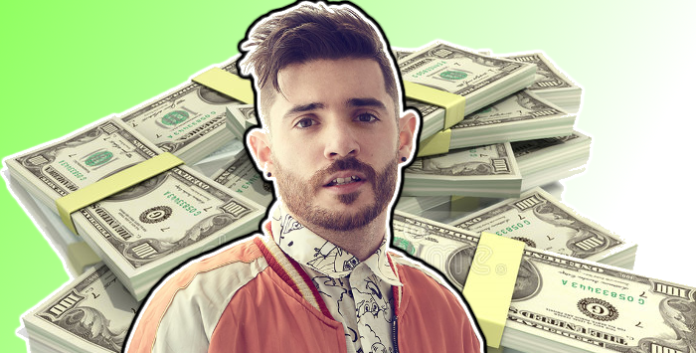 Jon Bellion is a popular US singer, producer, and rapper, best known for his hip-hop singles and albums. Throughout his carer, Jon has managed to become famous and make lots of cash in the process. But how rich exactly is Jon Bellion? We’ll be answering that, and some more, right down below:

According to CelebrityNetWorth, Jon Bellion has a net worth of $4 million! The average American of his age has a net worth of is less than $10,000. So Jon is currently worth about 570 times more than his peers! Not bad at all right? But the real question is, how did he make so much money at such a young age…

How Did Jon Bellion Make His Money And Wealth?

Jon was born in Lake Grove, NY, and has lived there up until very recently. In his junior year of high school, he decided to pursue music and started attending the Five Towns College. His first ever mixtape was released not so long ago, in 2011. A year after he signed for the Visionary Music Group. The same year he wrote the chorus for Eminem and Rihanna’s The Monster – the song that went on to win a Grammy. Jon started touring shortly after that since his popularity and fanbase started to rapidly grow.

He released his debut album, The Human Condition, in 2016. The album, lead by his single All Time Low, managed to reach the number five spot on the Billboard 200 List. Recently Jon has let his fans know that he might be moving onto TV work as well. Rumor has it it will be something related to Pixar.

So the answer to the question from above is… music. Jon is one of the young people who managed to make music his full-time job and has earned lots of money from writing songs, performing concerts and selling merchandise.

Let’s take a look at how Jon spends his money:

Jon is currently not married. He likes to keep his private life secret, so we’re unsure if we’ll even know once he does get married, but it is what it is. Bellion definitely does plan to get married, at least judging by one of his songs called “To My Future Wife”. In this 2013 single from his The Separation mixtape, Jon is writing about always being there for his (future) wife, no matter what happens.

Bellion’s salary, and thus annual earnings, aren’t really known. According to some sources, he makes around $500,000 a year (and growing), but these are just estimates. Either way, Bellion surely makes enough to live a very comfortable life, and doesn’t appear to be slowing down when it comes to his career progress, and thus wealth.

How much money does he make per gig? 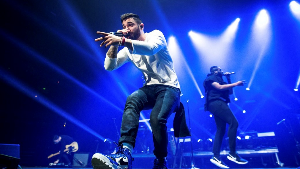 If you wanted to book Jon, it would take somewhere between $150,000 and $300,000. This depends on factors such as the event length and location, number of people in the audience, book signings and such. After Bellion pays the booking agency and his other staff their cut, he surely has a lot of money remaining after each gig.

For the sake of context, here are some other artists you could book in the same price range: Ke$ha, Lorde, Nicki Minaj, Robin Thicke, The Lumineers, Wiz Khalifa. These numbers might be a bit outdated, but they still serve their purpose. And just for fun, did you know that hiring Madonna, Justin Bieber, Justin Timberlake, Dave Matthews, Bon Jovi or Bruce Springsteen costs at the minimum a million dollars?!

Once again, since Bellion prefers to keep his private life a secret, there isn’t any information regarding his current house.

And once again, there aren’t too many mentions of his car online either. It appears that he isn’t popular or scandalous enough for the paparazzi to follow him around and discover what car he prefers. However, on what is apparently his Tumblr blog, Jon posted a picture of himself next to a Nissan Maxima and wrote that he just bought his first car. We’re unsure if the blog is official, but judging by the (ahem) thumbs up gesture and his smile, we are leaning towards believing that Jon drives a Maxima as of recently.