Jon Olsson is a professional freeskier and ski racer from Sweden. He stopped competing as of 2011, and he never made it as far as the Olympics. Now, he is a part-time YouTuber and is married to the blogger Janni Deler.

How Jon Olsson Got Famous

Jon was born in Mora, Sweden on August 17, 1982. He started ski racing at a young age and then quit at the age of 16 to focus on twin tips. After eight years he started ski racing again over a $5000 bet with a fellow skier. His goal was to make it into the Olympics in 2014, that he didn’t quite get there. Jon hasn’t let that slow him down any. He now has his own big caravan calls the Jon Olsson Invitational, which he has hosted every year since 2005. John’s brother, Hans Olson, is also a Swedish Alpine skier who favors speed events.

Jon is thought to have a true net worth of $8 million from all of his skiing events as well as branding deals, and his Douchebag business, 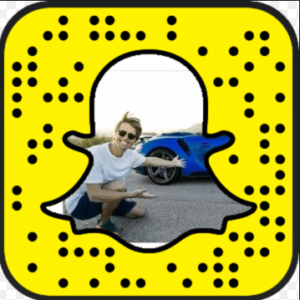 If you would like to add Jon to your Snapchat account you can do so by clicking here.

Over 200,000 fans follow Jon’s Facebook page where they are treated to frequent updates about causes that he is supporting or his luxury line of backpacks called DoucheBags that was launched in January 2012.

Jon uses his Twitter to promote his other social media, especially his vlogs that he posted to YouTube. He doesn’t update his twitter frequently – he hasn’t posted anything since March 25 of last year. However, he still has 34,000 followers on the microblogging platform.

Jon post lots of gorgeous travel photos to his in sticker and account. He posts on photos of himself on the slopes but typically uses his account to post beautiful pictures of himself and his wife in various tropical locations. He has 942,000 followers on the photo posting platform. His pics are of such high quality it’s very easy to see why people enjoy following him.

Jon’s official YouTube account has over 1 million subscribers. He posts almost daily vlogs about his travels to exotic locations with his wife. His other passions besides skiing include fast cars and traveling, at least according to his vlogs.