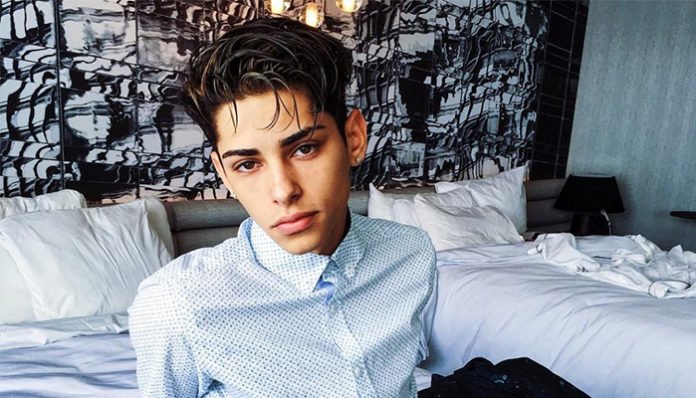 An online celebrity, Juwany Roman has been active on social media since the mid-2010’s. Initially known for his broadcasts on YouNow, he has since captured the hearts of millions on platforms such as Instagram, YouTube, and Snapchat. On the photo-sharing app alone, he has accumulated over 1.1 million fans.

Over the past few years, he has collaborated with several other stars including Loren Gray, Zach Clayton, Edwin Burgos. In fact, his most popular YouTube video to date, Whisper Challenge w/ Loren Gray, is a collaboration with Loren Gray. Aside from challenges, he’s also known for other comedic content such as pranks and reaction videos.

Considering the success of his YouTube channel, how much has he pulled in from the site so far? How well off is the 18-year-old? Unfortunately, Juwany Roman’s 2018 net worth is not yet available. In the meantime, however, let’s explore his online career a little further.

How did Juwany Roman Make His Money & Wealth?

Born on July 25, 1999, in Bethlehem, Pennsylvania, Juwany Roman spent the first ten years of his childhood in Puerto Rico, before moving with his family to Orlando, Florida. One of three siblings, he has a sister named Jennishka and a brother named Michael, both of whom are well-known on social media. Ultimately, he was sixteen when he decided to make the plunge into social media in mid-2015.

That fall, he launched his own YouTube channel under the name, Flamingoes. Using the site as a platform for his vlogs, he slowly gained a following over the next few months. From then until now, his YouTube presence has grown tremendously- as of March 2018, he has accumulated more than 472,000 subscribers with nearly 19 million lifetime views.

In addition to vlogs, he has since included other comedic content to his channel such as reaction views pranks, and collaborations. Today, some of his most popular uploads include All Nighter at Target (Gone Wrong) (1.2 million views), Disney Channel Challenge with BruhItsZach (720,000 views), Whisper Challenge with Loren Gray (1.8 million views), and Boxing Video Gone Wrong (670,000 views).

With the views that he racks up, it’s more than likely that he’s been monetizing his content. Through Google’s partnership program, YouTubers are able to make some money on the side by displaying ads on their videos. Given that a little less than half of his views are monetized, and that he earns $2 per a thousand views, his earnings so far is likely to be around $15,000, give or take some. As he continues to grow his channel, his overall earnings will probably also go up.

Aside from YouTube, the teen is also well known on a few other social media platforms. For instance, he has captured the hearts of over 2.5 million fans on the music network, Musical.ly. Adding to that, he’s also popular on Snapchat, Instagram, and YouNow.

If you’d like to support the social media star, he also has a variety of products available for sale on occasion through his Merch Junkie store, which you can visit here.

No, he is not married. Previously, he had dated fellow YouTuber, Loren Gray.

Does Juwany Roman Have Any Children?

No, Juwany Roman does not have any children.

Did Juwany Roman Go to College?

No, Juwany Roman has not yet gone to college. As far as we can tell, he is currently still in high school.

What is Juwany Roman Famous For?

Juwany Roman is perhaps best known for his YouTube channel, Flamingoes. As of 2018, he has amassed more than 472,000 subscribers on the video-sharing platform.

According to his Twitter location, he currently resides in Kissimmee, Florida. Unfortunately, further details are not available at this time.

What Kind of Vehicle Does Juwany Roman Drive?

Unfortunately, we do not have any information on Juwany Roman’s vehicle.

How Much Money Did Juwany Roman Make Last Year?

At this time, we do not have any details on Juwany Roman’s 2017 earnings.

For the most parts, Juwany Roman has been busy updating his various social media accounts on a regular basis over the past year.

What’s the teen up to when he isn’t posting videos? Want to know? How about checking out his online accounts? You can find him on Twitter or Instagram at @Flamingeos. Alternatively, you can also drop by the muser’s Facebook fan page by clicking here.