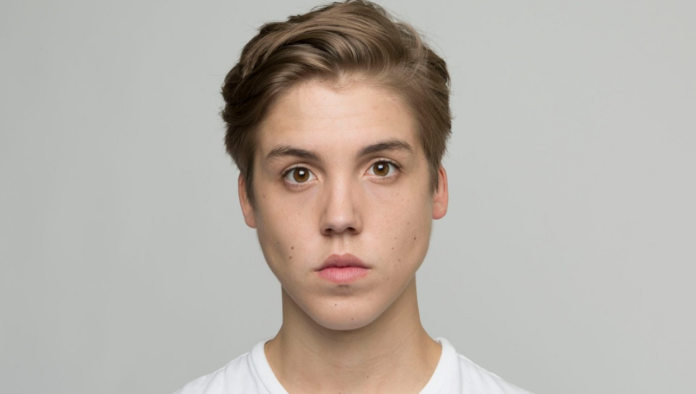 Matthew Espinosa is a 20-year-old Vine and Youtube star from Virginia. The young social media star worked his way up to fame on his Vine channel, and since then has joined the popular Magcon group.

How Matthew Espinosa Got Famous

He was born Matthew Lee Espinosa in Virginia on July 7th, 1997. He joined the now-defunct app Vine, where he created 6-second sketch comedy skits and vlogs. His videos generated over 1.1 billion views. This led to him attending the Teen Choice Awards several years in a row and getting nominated for one in 2016. His fans are largely teenaged girls, and he causes quite a stir when seen in public. 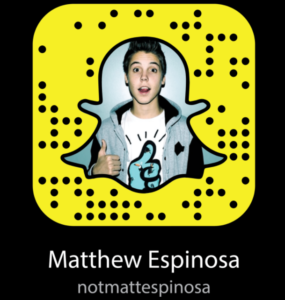 If you would like to add Matthew to your Snapchat account you can do so by clicking here.

Matthew is followed by over 1 million fans on Facebook. He only posts sporadically, but all of his posts are quality. His followers get updates on what he is doing on other social media platforms such as YouTube and Instagram. The page claims that he is very responsive to messages.
Matthew Espinosa Twitter Username

Twitter is where Matthew really communicates with his 4.51 million fans who follow his page. He posts often, sometimes several times per day. Occasionally he offers to follow fans that post pictures of themselves wearing his merchandise. He joined the platform in September of 2013.

Matthew has posted 1286 times on Instagram. Some of his best posts include the social media star posing in front of a giant pizza, a shot of Matthew laying next to his dog, which has a light on its head and is wearing glasses, and a photo of the star with a baby Tiger cub. More than 5 million people follow Matthew on the photo-sharing site. He, on the other hand, only follows 75 people.

Matthew claims that he does not have a Kik account. That was in 2014, so maybe he’s started one since. He just hasn’t shared it online.

He joined YouTube on July 1, 2013. Since then his videos have gotten 64,700,000 views. In order to entertain his 2.2 million subscribers, Matthew post videos and popular genres such as challenge, reactions, and personal stories. His most recent video addresses the all-important question: would he ever kiss or date a fan.