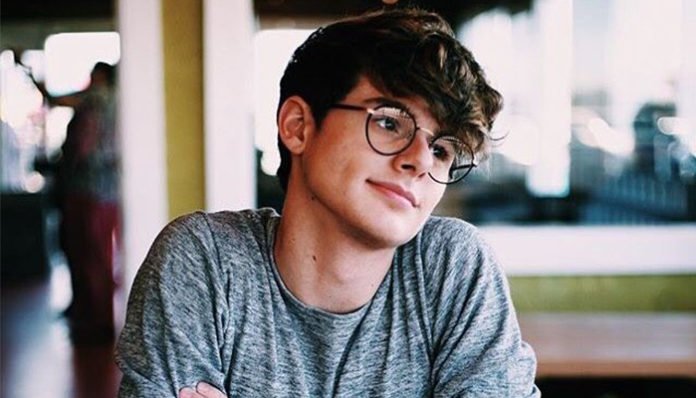 A social media personality, Mikey Murphy is perhaps best known for his YouTube channel, MikeIsAverage. Since its launch in early 2013, he has accumulated more than 1.5 million subscribers. To date, his most popular upload, People Telling Their Crush They Like Them has generated over 3 million hits.

Prior to his rise to fame on YouTube, the teen was also known on Vine, where he had gained more than 50,000 followers. Speaking of other social media platforms, he’s also active on Twitter and Instagram. If anything, his online presence has continued to grow over the past few years.

As a content creator, how much has he managed to rake in so far? How rewarding has his Internet career been? How well off is the 19-year-old today? From what we can find online, Mikey Murphy’s 2018 net worth is around $1 million. How much of this came from his YouTube channel? What other things contributed to this amount? Let’s take a look below.

How did Mikey Murphy Make His Money & Wealth?

Born on May 12, 1998, in New Jersey, Mikey Murphy is said to have begun talking before his first birthday. The older of two siblings, he has a younger sister named Sydney, who is also active on social media. Growing up, he enjoyed a variety of activities, one of which included karaoke. At the age of fifteen, he launched his own YouTube channel called, MikeIsAverage. Around that same time, he also joined the popular mobile app, Vine.

Not long after joining YouTube, he uploaded one of his first videos, What I Do When I Am Home Alone. To his surprise, it eventually racked up a decent amount of hits. With that, he became motivated to post more content to his channel- and as he did, his fan base grew.

From the launch of his channel until now, his popularity has risen greatly; as of March 2018, he has accumulated more than 1.5 million subscribers with over 78 million views across his videos. Known for his comedic content, some of his most popular uploads to date include People Kissing Their Crushes, People Telling Their Crush They Like Them, People Ask Their Teacher a Dumb Question, and Kissing My Ex-Girlfriend.

With the audience that he has on YouTube, it goes without saying that he likely pulls in a decent amount from his channel- but how much? On average, Google partners tend to make a few dollars per 1000 ad views. Assuming this is true, and that less than half (~40%) of his view count is monetized, he would have made anywhere from $60,000 to $150,000 before YouTube’s cut.

Aside from YouTube, you can also find the teen on platforms such as Instagram and Twitter. Prior to the shutdown of Vine in 2017, he also had over 50,000 fans on the mobile app.

If you’d like to support the muser, he has an official merchandise shop set up which you can visit here. With that said, it doesn’t look like he has many items in stock at this time.

No, he is not married. As far as we can tell, Mikey Murphy is currently single. In the past, he had dated fellow social media star, Griffin Arnlund.

Does Mikey Murphy Have Any Children?

No, Mikey Murphy does not have any children.

Did Mikey Murphy Go to College?

Unfortunately, not much information is available on Mikey Murphy’s education history at this time.

What is Mikey Murphy Famous For?

Mikey Murphy is perhaps best known for his self-titled YouTube channel, where he has amassed over 1.5 million followers. Aside from that, he’s also popular on Instagram, Twitter, and Snapchat.

Originally from New Jersey, Mikey Murphy currently lives in Los Angeles, California. Photos of his house are not available at this time.

What Kind of Vehicle Does Mikey Murphy Drive?

Unfortunately, we do not have any information on Mikey Murphy’s vehicle.

How Much Money Did Mikey Murphy Make Last Year?

At this time, we do not have any details on Mikey Murphy’s 2017 earnings.

For the most parts, Mikey Murphy has been diligent about updating his various social media accounts over the past year.

Want to know what he’s up to when he isn’t on YouTube? If so, why not follow the muser on social media? You can find him on platforms such as Instagram (@itsmikeymurphy) and Twitter (@mikeymurphy). As far as we know, he does not have a Facebook fan page.